On Friday, 8 December 2017, after a night of intensive negotiations, the EU announced that sufficient progress had been made in the UK’s withdrawal negotiations to move to Phase 2 of the negotiations. This blog covers the key negotiating points of the Northern Ireland border and the Good Friday Agreement as presented in the joint report from the negotiators. 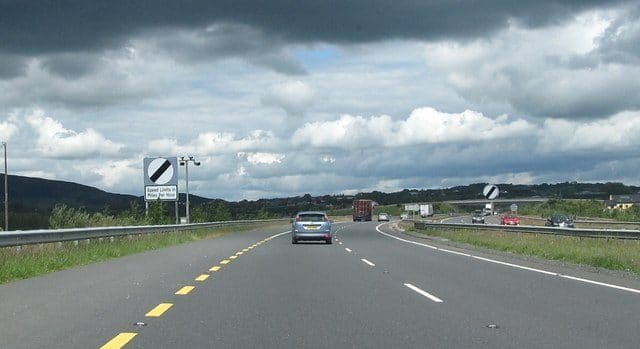 On Friday, 8 December 2017, after a night of intensive negotiations between the UK and EU, the President of the European Council, Donald Tusk announced that the UK’s offer on the withdrawal terms was satisfactory and that sufficient progress had been made to move to Phase 2 of the UK’s withdrawal negotiations.

On the specific topic of the Irish issues, the agreement reached overnight solidifies the agreement in principle that the sides had already reached on the continuation of the Common Travel Area and securing rights for Irish citizens in Northern Ireland. Perhaps most importantly, it also appears to have successfully navigated the rifts over the Irish border, which were so dramatically exposed in the course of Theresa May’s embarrassing reversal on Monday, 4 December.

This blog covers the specific questions of the border and the Good Friday Agreement presented in the joint report from the negotiators of the European Union and the UK Government of Friday 8 December. A more in-depth blog, will follow and provide a state of play on the broader withdrawal issues of EU-UK citizens’ rights and the UK financial settlement.

Preserving the Good Friday Agreement and avoiding a hard border

Key to the Irish section of the negotiations has been the preservation of the Good Friday Agreement, and the avoidance of a hard border. The joint negotiating document published by the European Commission recognises that cooperation between Ireland and Northern Ireland is a central part of the 1998 deal, and this is in turn is essential for achieving reconciliation and the normalisation of relationships on the island of Ireland.

The negotiators have therefore spent recent months engaged in a comprehensive mapping exercise, with the goal of identifying these key areas of North-South cooperation. One consequence of this mapping exercise was a recognition that North-South cooperation relies to a significant extent on the common European Union legal and policy framework that the island currently enjoys, particularly as a result of the Customs Union and Single Market.

Three key passages, Paragraphs 43, 49 and 50, of the agreement stand out in the joint negotiating document of 8 December 2017 and are particularly relevant for the Irish interest. They address both the border issue and the Unionist concerns arising from the failed agreement of Monday, 4 December.

Paragraph 49 specifically deals with the question of North-South cooperation and the means for preventing a hard border (bold emphasis ours):

The United Kingdom remains committed to protecting North-South cooperation and to its guarantee of avoiding a hard border. Any future arrangements must be compatible with these overarching requirements. The United Kingdom’s intention is to achieve these objectives through the overall EU-UK relationship. Should this not be possible, the United Kingdom will propose specific solutions to address the unique circumstances of the island of Ireland. In the absence of agreed solutions, the United Kingdom will maintain full alignment with those rules of the Internal Market and the Customs Union which, now or in the future, support North-South cooperation, the all-island economy and the protection of the 1998 Agreement.

This essentially amounts to a concrete commitment from the UK to avoid a hard border as part of its future relationship with the EU. Paragraph 43 makes clear that this commitment includes the avoidance of “any physical infrastructure or related checks and controls.”

The reference to the ‘all-island economy’ is also hugely important, and was a red-line for the Irish Government, as this phrase covers the broadest range of economic activities on the island.

Crucially for the Irish side, Paragraph 49 also provides a ‘backstop’ agreement for the border. This backstop would come into effect only if the negotiators failed to settle on a future relationship that avoided a hard border. In this scenario, the UK commits to either:

Paragraph 50, meanwhile, is designed to directly address the concerns raised by the DUP, noting that the solution cannot create any barriers to trade between Northern Ireland and the United Kingdom. It is important to note that this all but rules out the option of Northern Ireland alone remaining in the Customs Union and/or Single Market after Brexit, which many commentators and some of the Northern Irish parties had proposed:

Ultimately, the text appears to broadly satisfy the Irish and EU negotiating demands, while leaving the UK some room to manoeuvre in the next phase of negotiations – and all without alienating any particular community in Northern Ireland.

As Monday’s false start demonstrated, the latter is no small feat. The Good Friday Agreement, which today’s deal aims to protect, was a product of intensive negotiations in which every word, comma and full-stop was debated at length before being mutually agreed. As a consequence, the final agreement contained many of what the former SDLP Leader, Mark Durkan, once termed “collective ambiguities”. In other words, wording over which both communities could claim some degree of ownership, but which could not be said to favour one side over the other.

Unlike today’s agreement, the failed Monday 4 December deal explicitly provided for the prospect of Northern Ireland to be seen as separate and distinct from the rest of the United Kingdom after Brexit. This formulation clearly lacked the required degree of sensitivity and contained language that gave the perception that the withdrawal deal was favouring the Irish side.

After the earlier false start, when an agreement on the Irish border issues was made and withdrawn with equal haste, the Irish Government and EU negotiators could have been forgiven this morning for looking over their shoulder for confirmation of the starter’s gun.

By necessity, the final shape of the border solution will be pushed down the road until such a time as the UK’s future relationship with the EU is known, but the provisions of this deal will provide some succour to the Irish side, for whom the question of the border was the sine qua non of the UK’s withdrawal agreement.

It may be a source of particular satisfaction to the Irish side that the deal on Northern Ireland could ultimately be responsible for the avoidance of a cliff-edge Brexit – something which would have disproportionately affected Ireland, and which the Irish Government had hoped to avoid from the outset. As a consequence of today’s deal, the UK has broadly committed to avoiding not only North-South barriers to trade, but also East-West barriers.

As such, whether or not the UK secures a suitable deal on future relations it will now be committed to adhering to broad swathes of Customs Union and Single Market regulations at the time of the UK’s departure and beyond, which could help it avoid the type of disruption that would otherwise have been inherent to the ‘cliff-edge’ scenario.