Writing in the UK version of The Huffington Post, the General Secretary of the Trade Union Congress Frances O’Grady raised again a matter of some importance in the referendum debate, arguing that voting to leave the EU would be a significant risk for workers: Brexit, she wrote, would leave workers “haunted by years of uncertainty, with rights like paid holiday, parental leave and equal treatment for part-timers at risk of being whittled away.” 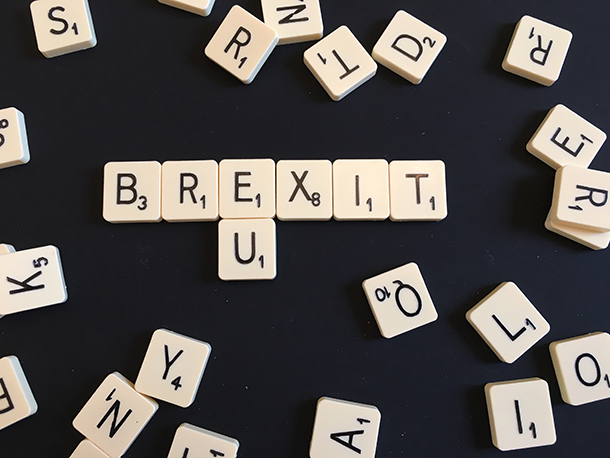 Writing in the UK version of The Huffington Post, the General Secretary of the Trade Union Congress Frances O’Grady raised again a matter of some importance in the referendum debate, arguing that voting to leave the EU would be a significant risk for workers: Brexit, she wrote, would leave workers “haunted by years of uncertainty, with rights like paid holiday, parental leave and equal treatment for part-timers at risk of being whittled away.”

An independent barrister, Michael Ford QC, had been commissioned by the TUC to provide information for its members on what is at stake for working people in the referendum. In summary, his report argues that Brexit could mean a massive step backwards on hard-won rights at work.

Frances O’Grady writes of clear evidence of threats to workers’ rights, for example in a current proposal by Conservative MPs to allow employers to opt out of the Working Time Directive with its provisions on annual leave. She argues that “Brexit is a means to an end – and the end they seek is the demise of regulations that are crucial to your rights at work. They casually label it ‘red tape’, but for you it could be your right to time off if your child has a medical emergency.”

In 2007, David Cameron, as Leader of the Conservative Party, promised a return to John Major’s pledge to pull Britain out of the Social Chapter on workers’ rights across the EU. It was also reported on 11 June 2015, based on Tory sources in Brussels, that Prime Minister Cameron intended to make such an opt-out from EU employment laws – such as the working time directive and the agency workers’ directive – one of his goals in the planned negotiation with the EU institutions. The UK would seek a treaty protocol saying employment conditions were the sole responsibility of member states.

Just six weeks later, however, the Financial Times reported that Cameron had scrapped demands for full British exclusion from EU employment laws in a move to disarm the trade unions and the Labour Party in the ‘Remain’ camp. The report said that Cameron was now seeking “more limited protection for the UK’s flexible labour market” and argued that the Prime Minister’s circumspection was a simple matter of realpolitik.

It is significant in this respect that, in June 2015, Frances O’Grady had written an ‘open letter’ to Prime Minister Cameron in which she stated the TUC’s opposition to these moves, and further seeking clarification from Mr. Cameron regarding whether they would be a focus of the upcoming renegotiation. The letter, which can be read in full here, furthermore expressed the TUC’s belief that an erosion of workers’ rights would make people less likely to vote to remain in the EU.

The Balance of Competences Review launched by the UK government in 2012 was designed “to give us an informed and objective analysis of where the EU helps and where it hampers.” The Review involved 32 sectoral studies and, in published form, totalled 3,000 pages of evidence submitted by 1,500 independent individuals or organisations.

On Social and Employment Policy the Review confirmed that “this area of EU policy is highly controversial and respondents’ views range from the uncompromisingly negative to the resoundingly positive and offer no clear median.” The general view of employers was that the EU often goes beyond what would be a proper minimum in the realm of health and safety at work issues, and imposes higher standards than are necessary.

On the other hand, the Review observed that EU social and employment rules had also brought significant benefits to individuals. While businesses perceive aspects of EU policy as burdensome, there was also evidence that the same policies contributed to a better work environment in terms of equal pay, anti-discrimination, the status of part-time workers, worker protection and health and safety at work.

Speaking in the House of Commons on 22 February 2016, David Cameron reported that part of the overall deal agreed by the European Council was a commitment to set targets to cut the total burden of EU regulation on business. There was recognition that ‘red tape and bureaucracy’ represented the “biggest frustration” for UK businesses and initiatives by the European Commission had already cut the number of new legislative proposals by as much as 80%. No detail was provided on the specific areas to be targeted.

The Decision of the European Council contains a section on Competitiveness which recognises better regulation as a key driver to strengthening the internal market: “This means lowering administrative burdens and compliance costs on economic operators, especially small and medium enterprises […] and repealing unnecessary legislation […] while continuing to ensure high standards of consumer, employee, health and environmental protection.” The Decision makes explicit reference to the Declaration of the Commission on subsidiarity and burden reduction which forms part of the overall text.

The Financial Times correspondent, Sarah O’Connor, argues in an article on 5 April 2016 that, while there are business voices calling for repeal of much EU labour law and union voices warning of threats to established rights, both are “almost certainly wrong.” She argues that the current concerns of employers and unions largely relate to elements of UK domestic policy and legislation, such as the implications of the new ‘living wage’ and the many controversial clauses of the Trade Union Bill. Her conclusion is that “a vote for Brexit in June would have important implications for the labour market but that is because it would shake up immigration and trade. The impact on employment rights is a sideshow – no matter what the Leave and Remain campaigns may say.”

In his major speech on the EU referendum the Labour Party Leader highlighted the issue of workers’ rights: “Just imagine what the Tories would do to workers’ rights here in Britain if we voted to leave the EU in June. They’d dump rights on equal pay, working time, annual leave, for agency workers, and on maternity pay as fast as they could get away with it. It would be a bonfire of rights that Labour governments secured within the EU.”

Controversy about the implications of Brexit for workers’ rights continues with the TUC legal briefing. Despite the disappearance of this policy area from the UK government’s formal negotiation agenda, suspicion has remained in respect of the longer term intentions of British business in a Brexit scenario. It is clear that the TUC is determined to keep the issues of labour law and conditions firmly in the headlines as a warning to both employers and government. In Frances O’Grady’s words: “Generations of trade unionists fought hard to win the rights that the EU now guarantees. If we lose them because of Brexit it could take generations to get them back again.”