The referendum debate in the UK is increasingly recognised as a matter of concern – even anxiety – in other EU member states. 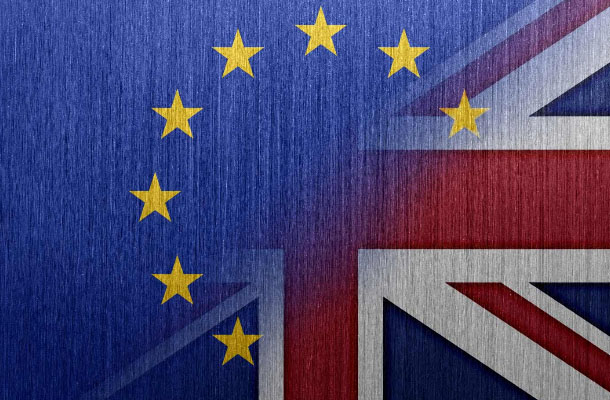 The referendum debate in the UK is increasingly recognised as a matter of concern – even anxiety – in other EU member states.  The Commission President, Jean-Claude Juncker, has spoken of the negative impact of British exit, possibly leading to the unravelling of the Union itself.  Germany’s Finance Minister, Wolfgang Schäuble, has claimed that a UK ‘leave’ vote would be ‘poison’ to the British, EU and world economies.

Researchers at Edinburgh University have published the results of a survey of opinion on the UK and the EU in six member states – Germany, France, Poland, Spain, Ireland and Sweden. Their report – The View from the Continent: What people in other Member States think about the UK’s EU referendum – shows that a clear majority in all six states hope Britain votes to remain in the EU. This blog discusses the key findings of the Edinburgh University survey.

The results from each surveyed state, on whetehr the UK should remain in or leave the EU, were as follows:

The French result is significant as the French government clearly had serious misgivings about the Cameron reform package in particular with respect to the areas of Eurozone governance and financial services.

The 8,000 respondents were asked if the UK’s membership of the EU is positive for both the UK and the EU. A majority of voters in all six countries think that membership is good for the UK, with individual results ranging from 62% in Ireland to 45% in France and Sweden. On the question of the impact of UK membership on the EU itself, a strong majority in all six countries think that it is good or neutral, though the figure drops to less than 50% in Germany and France.   The report suggests that this view arises from “a latent feeling that the Franco-German alliance that was once seen as powering the EU has had to contend with another large member state […] that has come to be perceived as ‘awkward’.”

Asked what they thought the impact of Brexit would be on Britain’s economy and on Britain’s influence in the world, opinions varied across the six countries. Both Ireland and Germany feel that a UK withdrawal will have a seriously negative impact on the UK under the two headings while Poland and Spain see a less emphatic negative outcome. In France and Sweden slightly more people think that the UK will perform better in economic terms outside the EU.

Britain and the Single Market

The survey raised the question of Britain’s future in the EU single market in the case of Brexit.  On this issue a third of respondents opted for ‘Don’t know’, while those who expressed a clear view were divided. 50% in Poland said that the UK should be a member of the single market but only 25% in France agreed. The figure for Ireland was 41% in favour of British access and 26% against. Less than half the respondents in Germany feel the UK should be allowed to continue benefiting from barrier-free trade in the single market in the event of a Brexit.

Many of those surveyed favour the idea of some of the reforms negotiated by David Cameron being applied in their countries. For example, there is a majority in Ireland and France in favour of a time-limited restriction on migrants’ access to benefits. However, there is consistent support for the fundamental principle of free movement to live and work in any EU Member State, and a majority in every country is opposed to the UK having any kind of special status: “Our survey shows a willingness to reform the EU, but less so for an individual country to gain exceptional treatment,” said the report’s author, Dr. Jan Eichhorn of the University of Edinburgh’s School of Social and Political Science.

Attitudes to Holding a Referendum

Respondents were asked “…what do you think about holding a similar type of referendum as in Britain in which people would be asked whether they wanted to remain in the EU or to leave the EU?”

In France more than 50% would like such a poll while in Sweden, Germany and Spain there is a simple majority in favour. In Ireland and Poland there is a majority against the idea of a referendum. When asked how they would vote in a referendum voters indicate that there would be a firm ‘remain’ outcome in four countries, ranging from 69% in Ireland to 60% in Germany. Less than 50% in France and Sweden say that they would vote to remain, although there is a substantial ‘don’t know’ figure in both cases.

In respect of possible changes in EU principles, procedures and structures many of the established positions are still favoured by majorities in all six countries. There is consistent agreement with the principle of creating an ever closer union among the peoples of Europe – a provision written into the treaties from the beginning – and opposition to the idea of a ‘core Europe’ with a widespread desire for decisions to be taken jointly.    However, there is support for the idea that national parliaments should play a stronger role in EU decision-making in all countries. Trust in national parliaments, and in the European Parliament, emerges as an important factor. Opinions are split on the continuing debate on providing legal protection for EU countries outside the Eurozone from decisions taken within the group.

The authors conclude that there are significant differences of opinion across EU member states on the position of the UK. There is willingness to engage with changes in some EU policies, subject to two important considerations – a serious lack of sympathy for exceptions for individual countries and a reluctance to move away from principles or policies that represent the ‘substantive framework’ of the European Union.