In London a short, but clear, statement was issued by five organisations – British Chambers of Commerce, Confederation of British Industry, Institute of Directors, Federation of Small Businesses and Engineering Employers Federation EEF. 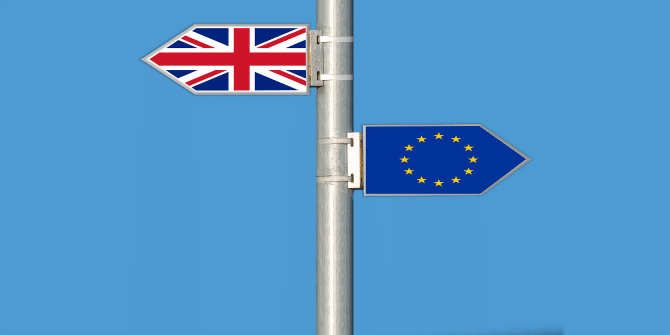 In London a short, but clear, statement was issued by five organisations – British Chambers of Commerce, Confederation of British Industry, Institute of Directors, Federation of Small Businesses and Engineering Employers Federation EEF.

The statement affirmed that the group fully accepts the decision of voters last June that the UK will leave the European Union:

“We have come together to urge the Government to put the economy first as it prepares to start formal negotiations on the UK’s departure from the European Union. We call on the Government to ensure that negotiations take place in an atmosphere of mutual respect, and engage continuously with UK business interests on the many crucial and complex aspects of our future economic relationship with the European Union.”

The statement then sets out a number of principles for the UK’s transition out of the EU:

The statement concludes: “We recognise these are high-level principles, in an environment of great complexity and detail. We will work closely with each other and with government to explore ways to give effect to these principles.”

This initiative by British business interests was supported by a statement by Business Europe, the umbrella organisation for EU employers’ federations, which said that Business Europe wishes to play a constructive role in establishing a sound model for future EU-UK relations, and urged negotiators on both sides to reach a withdrawal agreement as soon as possible, in order to begin talks on transitional arrangements and the future relationship.

IBEC, the Irish employers’ body, has published a comprehensive paper – ‘Brexit: Challenges with Solutions’ – setting out the priorities of Irish business in EU-UK negotiations.

Introducing the paper, IBEC’s CEO, Danny McCoy, writes that it identifies some of the numerous challenges Brexit negotiations present and hopes to identify practical ways that these can be overcome: “The closest possible EU-UK economic and trading relationship into the future is in everyone’s interest. A new free trade agreement should be as broad, comprehensive and as ambitious as possible, covering both goods and services. However, a deal must not undermine the coherence and integrity of the EU Single Market and must ensure fair competition.”  He further argues: “in parallel to Brexit talks, Ireland and the other remaining Member States must seize the opportunity to reinvigorate their commitment to a stronger, more prosperous EU.”

The IBEC paper concludes by setting out three important demands –

As in 2009 a temporary framework for state aid will be needed at a European level in order to offset the worst impacts of Brexit on otherwise viable firms. The Commission must begin now to work with European Member States in order to achieve this. The current rescue and restructuring state aid rules are designed to rescue large strategic industries which have already gone through liquidation. This will be of limited use to enable viable business affected by Brexit to diversify and restructure. It will limit the ability of government to deliver enterprise stabilisation, market diversification and trade finance measures.

The European Globalisation Adjustment Fund (EGF) was established to assist workers made redundant through the negative consequents of globalisation by co-funding labour market activation, training, education and enterprise supports. The scope of the scheme was broadened in 2009 as part of the European Economic Recovery Plan to include workers made redundant as a direct result of the global financial and economic crisis. It is our position that Brexit as a fracture of the Single Market is a crisis and the scope of the regulation should be expanded to include European workers impacted.

The ‘Juncker’ Investment Plan focuses on removing obstacles and mobilising investment in Europe. So far it has been a qualified success albeit unequally across Europe. There must be a greater focus on ramping up connective investment (i.e. road, ports and air) in regions that have now been left more remote from other EU nations. In addition to this, more fiscal flexibility must be provided to member state governments to invest.