Prime Minster Cameron has stated that his demand for changes to the UK’s relationship with the European Union, which he believes are required for the long term future of the euro and to achieve a diverse competitive democratically accountable Europe, must be legally binding, irreversible and where necessary have the force of the Treaties. 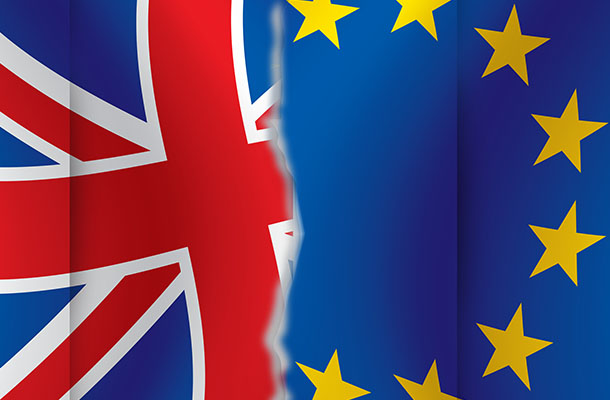 Prime Minster Cameron has stated that his demand for changes to the UK’s relationship with the European Union, which he believes are required for the long term future of the euro and to achieve a diverse competitive democratically accountable Europe, must be legally binding, irreversible and where necessary have the force of the Treaties. Britain’s demands range across four broad categories, namely, economic governance, competitiveness, sovereignty and immigration.

While much of the focus, at present, is on the difficulties in obtaining political agreement on the changes which will satisfy Britain it is important to observe that British demands can be accommodated in a legally effective manner.  Many of these demands will not require Treaty change.  Some demands though not requiring Treaty change to be legally effective may ultimately be reflected in Treaty amendments to achieve legal certainty. Finally, there may be some demands which will require Treaty change in order to be legally effective.  With regard to the latter, that does not mean that immediate Treaty change is necessary to provide a significant degree of legal protection to Britain. Any required Treaty changes can ultimately be accommodated at the time of the next revision of the Treaties.  It is also important to note that even if future Treaty change is agreed, such change will not necessarily require a referendum in Ireland and many of the changes being discussed are unlikely to require such an amendment.

An aspect of the British referendum process, that has not yet received much prominence, particularly from the “No” campaign, is Britain’s legal relationship with the EU in the event of a withdrawal.  Many of the “No” arguments are premised on ill-defined assertions with regard to Britain’s legal rights following withdrawal, despite those rights having no existing legal basis.

Article 50(3) of the Treaty on European Union (“TEU”) provides that a Withdrawing State shall cease to be a member two years after the notification of its intention to withdraw, unless there is unanimous agreement to extend the period. This two-year period provides an opportunity to conclude a withdrawal treaty which would determine Britain’s future relationship with the EU.  Britain has other options such as attempting to join the European Economic Area (“EEA”), to rejoin the European Free Trade Agreement (“EFTA”), to seek an agreement akin to the Swiss/EU arrangement, to negotiate a free trade agreement with the EU, or to enter into a customs union with the EU similar to that which exists between Turkey and the EU.  Britain could also seek to conclude some form of bilateral trade agreement with the EU. However, the fact that various options exist, does not reduce the uncertainty with regard to the nature of Britain’s future relationship with the EU in the event of withdrawal. Demands for immediate and absolute certainty with regard to the legal status of EU concessions to Britain is inconsistent with an acceptance of legal uncertainty in the event of a withdrawal. The implementation of the concessions agreed with Britain can be secured not just through legal mechanisms but also through the implicit threat that if agreed concessions are not implemented, British withdrawal would inevitably follow.

The draft Decision and the Irish example

In 2009 the Member States addressed Ireland’s concerns with regard to the Lisbon Treaty by a free standing Decision of the Heads of State or Government, agreed to be legally binding in public international law, clarifying the effect of certain aspects of the Lisbon Treaty and a promise, subsequently fulfilled, that at the time of the conclusion of the next accession treaty, the provisions of the Decision would be set out in a Protocol to be attached to the Treaties. This mechanism is suitable for accommodating those British demands which, in substance, seek a clarification of the legal effect of the Treaties in respect of certain areas of concern. This legal solution cannot be used in respect of any matter which might amend or enlarge the Treaties in any way.

The draft Decision, if made at the next European Council meeting, is in somewhat different terms than the June 2009 Decision of the European Council in relation to Ireland. The latter Decision conferred legal guarantees and declared that it was legally binding.  The draft Decision does neither. But the difference is that while many of the matters included therein merely represent a clarification of the existing Treaties it does, in some respects, envisage Treaty amendments (although of course the detail has still to be finalised) and the Heads of State or Government cannot legally commit to amending the Treaties in the future. A clarification of the meaning of the Treaties executed by all Member States could not be ignored by the Court of Justice in interpreting the Treaties.  Furthermore, irrespective of whether the Decision is ultimately expressed in terms which create a legally binding obligation in respect of those matters which can be the subject of such an agreement, the Decision involves a commitment to effect the necessary legal changes to meet British demands. It would be unprecedented for the Member States to resile from such a promise, and any attempt to do so would be inconsistent with the mutual respect and commitment to cooperation which underlie the Treaties.  In any event there is a huge incentive for Member States to make good on the commitments contained in the Decision.  Not to do so would do lasting damage to the confidence and trust in the future workings of the EU and would almost certainly precipitate a British withdrawal – the very consequence the Decision was intended to prevent.

Insofar as Treaty amendments are required any amendments relating to Part III of the TFEU which deals with Union policies and internal actions can be effected pursuant to the simplified revision procedure provided for in Article 48.6, since the amendments do not increase the competences conferred on the Union in the Treaties. Any such amendments are unlikely to require a referendum in Ireland. Amendments to voting rights (to protect British interests) or to the provisions on democratic principles contained in the TEU could only be amended through the ordinary revision procedure. Amendments to voting rights would be unlikely to require a referendum in Ireland. Amendments to the Treaty provisions and democratic principles may require a referendum depending on the issue but it is not at all clear that any such amendment is presently envisaged.

In conclusion, there is no doubt that effective legal mechanisms exist to protect Britain’s position in respect of the matters.