As the debate continues on the four ‘baskets’ of the UK renegotiation, a fifth issue is clearly emerging as a headline theme in the coming referendum campaign. 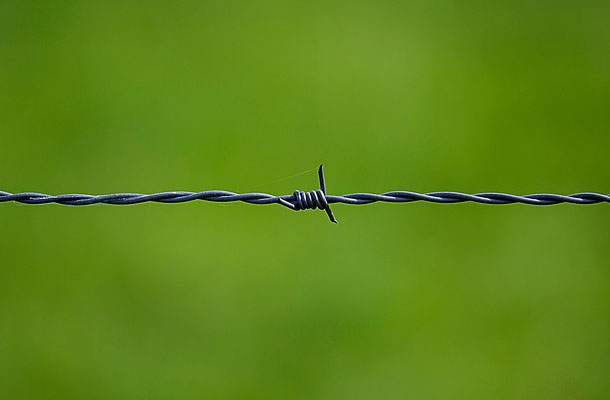 As the debate continues on the four ‘baskets’ of the UK renegotiation, a fifth issue is clearly emerging as a headline theme in the coming referendum campaign. In the recent postscript to the IIEA Book, Britain and Europe: The Endgame, security was identified as an increasingly important theme of the Brexit debate in the UK, and has been a focus of Mr. Cameron’s recent public statements on Britain’s European future. This blog examines the growing importance of the security issue to the various players in the ongoing debate over Britain’s future in the EU.

References to security – economic and political – have been included in each of the UK Prime Minister’s speeches on Europe, including the seminal Bloomberg speech of January 2013. On that occasion he spoke about the role of the European Community in the early years in building a stable, peaceful continent, but emphasised that the key to a successful EU today is not in winning peace but in securing prosperity.

In his most recent address, on 12 February 2016, at the St Matthew’s Feast in Hamburg to which he had been invited by Chancellor Merkel, he spoke at length about the security challenges facing Europe and insisted that Europe must stand together in the face of these challenges:

I am convinced more than ever that we need Britain and Germany working together to shape a European Union that can deliver prosperity and security for us all […] I never want us to pull up the drawbridge and retreat from the world.

Another recurrent theme since the Bloomberg address has been the damage a Brexit could do to the UK’s standing in the world.  Speaking at Chatham House last November, in a passage that received little immediate media comment, Mr. Cameron spoke about the EU as an instrument which “a British Prime Minister uses to get things done in the world, and protect our country […] if the British Prime Minister was no longer present at European summits, we would lose that voice and therefore permanently change our ability to get things done in the world.”

In December 2015, six former Home Secretaries – Kenneth Clarke, Jack Straw, David Blunkett, Charles Clarke, Jacqui Smith and Alan Johnson – wrote to The Times expressing their belief that campaigners for Britain to leave the EU were on the wrong side of the debate, and that the events in Paris had underlined the necessity of Europe for British national security: “The overriding priority for any British Government is to keep Britain safe. As the threat level rises we know that, without European cooperation, we would be more at risk.”

Even the London Mayor, Boris Johnson (a sometime Eurosceptic), recently wrote that it is in Britain’s geo-strategic interests to be pretty intimately engaged with a continent that had, he said, experienced a grim 20th century: “History shows that they need us,” he wrote. “Leaving would be widely read as a very negative signal for Europe.  It would dismay some of our closest friends, not least the eastern Europeans for whom the EU has been a force for good: stability, openness and prosperity.”

The former Prime Minister, Sir John Major also entered the debate, noting his own sceptical stance towards certain EU policy areas, but arguing that the long-term interests of the UK would not be served by removing themselves from the European equation: “For the United Kingdom, 67 million out of a world population of seven billion, to break off and head into splendid isolation doesn’t seem to me to be in our interest now or, perhaps more important, in the interests of our children and our grandchildren.”

The Director of Europol, Rob Wainwright, has addressed the particular security issue of crime and terrorism, arguing that a British departure from the EU will make it more difficult for British authorities to to fight crime and terrorism because it will not have the same access to the European cooperation mechanisms that it currently does: “Brexit would oblige the UK to leave Europol […] the UK will be absenting itself from having access to the kind of well-developed arrangements that currently exist and have developed over the last 40 years.”

Wainwright’s argument is supported by Keir Starmer MP, the former Director of Public Prosecutions, who has accused the Prime Minister of putting national security at risk by “flirting with the possibility of leaving the European Union.”

The View from Washington

The US Secretary of State, John Kerry, speaking at the Syria crisis conference in Munich last week, made the position of the Obama Administration very clear: “Europe is going to emerge stronger than ever provided it stays united and builds common responses to these challenges.  Now obviously, the United States has a profound interest in your success as we do in a very strong United Kingdom staying in a strong EU.” On the margins of the conference, it was reported that President Obama is planning to make ‘a big, public reach-out’ to persuade British voters to stay in the EU once the referendum campaign begins.

From the ‘Leave’ Side

As the Security issue gains momentum, the ‘Leave’ side is building its case against the argument. Dr Liam Fox, who has emerged as a leading ‘Leave’ spokesman, has condemned the “project fear” tactics of ‘Remain’ campaigners who – like David Cameron – have argued that British national security would be undermined by leaving the EU, saying: “The real threat to security comes from uncontrolled migration and Europe’s open borders policy.”

Comments in several media outlets point to efforts to downplay the European Union’s contribution to the UK’s security by making the argument that it is NATO, and the United States, not the EU, that has kept the peace in Europe since the Second World War. For some pro-Brexit campaigners, the argument that EU defence policy will eventually lead to a ‘European army’ may provide convincing campaign arguments.

Once the referendum date is set and the real debate gets underway it is clear that the Prime Minister will place the broad issue of Security at the heart of the ‘Remain’ campaign – in economic and political terms and in relation to crime and terrorism. A recent commentary by the Financial Times columnist, Martin Wolf, sums up the argument: “The UK needs a voice in Europe. Europe also needs the UK to have that voice.  It is a relationship of the head not of the heart.  But it is still one very much worth having.  That is true for the UK.  It is also true for its partners and allies.”