On 29 May 2017, ten days before the UK General Election, the European Commission’s Brexit Task Force published two Draft Position Papers on Article 50. The position papers are based on two Working Papers which were distributed to Member States last week, setting out initial negotiating positions and providing clarity on the approach to be followed by Michel Barnier and his team as talks get underway. 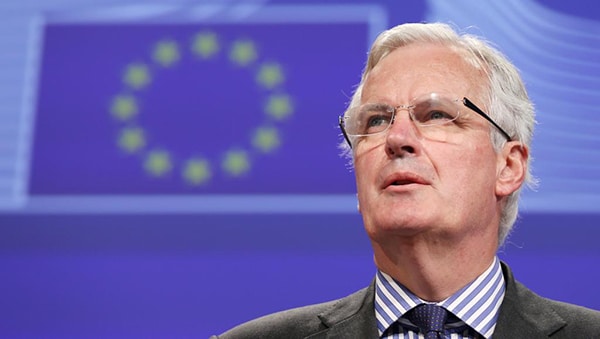 On 29 May 2017, ten days before the UK General Election, the European Commission’s Brexit Task Force published two Draft Position Papers on Article 50. The position papers are based on two Working Papers which were distributed to Member States last week, setting out initial negotiating positions and providing clarity on the approach to be followed by Michel Barnier and his team as talks get underway.

The papers deal with two of the priority issues highlighted as part of the first phase of formal negotiations:

This move is in line with Michel Barnier’s commitment to openness and transparency in the complex process of exit talks following the triggering of Article 50 by Prime Minister May. Further papers are expected in the coming weeks.

The first Paper states that the withdrawal agreement should protect the rights of EU27 citizens, UK nationals and their family members who, at the date of entry into force of the Withdrawal Agreement, have enjoyed rights relating to free movement under Union law, as well as rights which are in the process of being obtained, the enjoyment of which will begin at a later date.

The Paper sets out five general principles which should apply “in accordance with Union law, as interpreted by the Court of Justice of the European Union at the date of entry into force of the Withdrawal Agreement.” These principles apply to EU27 citizens in the UK and UK nationals in EU27 and cover such issues as:

·    the right to acquire permanent residence after a continuous period of five years of legal residence;

·    equal treatment in accordance with Union law, without prejudice to Common Travel Area arrangements         between the UK and Ireland;

·      acceptance that citizens who resided legally at the date of entry into force of the Withdrawal Agreement should be considered legally resident even if  they do not hold a residence document evidencing that right;

·     a provision that citizens’ rights set out in the Withdrawal Agreement should be granted as directly enforceable vested rights in both the UK and EU27.

The Paper lists the categories of persons covered, including:

·     EU27 and UK citizens who reside or have resided in the UK or EU28 at the date of entry into force of the Withdrawal Agreement;

·      current and future family members of the persons referred to;

·     citizens who work or have worked in the UK and EU27 at the date of entry into force of the Withdrawal Agreement and their family members regardless of place of residence;

·     citizens and their family members covered by social security systems who have aggregated periods for the calculation of future benefits such as old age benefits and survivor benefits.

In a complex chapter, the Position Paper deals with the Material Scope of the Citizens Rights. The rights covered range from equal treatment of students and the self-employed; rights of workers and jobseekers in areas such as residence and family reunification; access to the labour market; access to education, apprenticeship and vocational training; reimbursement by the competent Member State of planned and unplanned healthcare; and protection of recognised professional qualifications. It further states that these rights should be protected for life (for example, where the right holder dies, in the event of divorce or if the right holder leaves the host State before the divorce, the family member will continue to have derived rights).

Finally, and likely to prove highly controversial, the Paper states that the Commission should have full powers for the monitoring and the Court of Justice of the European Union should have full jurisdiction corresponding to the duration of the protection of citizen’s rights in the Withdrawal agreement. Citizens should thus be able to enforce their rights granted by the Withdrawal Agreement in accordance with the same ordinary rules as set out in the Treaties on cooperation between national courts and the Court of Justice.

In the light of the implied threat of a UK walk-out from negotiations if the EU27 demand a financial settlement considered excessive by London, the second Paper must be seen as crucial.

It contains an Annex listing as many as 50 EU institutions and agencies, 20 associated funds and more than 60 Basic acts and legal bases considered relevant to the exercise.

The single financial settlement should be based on the principle that the UK must honour its share of the financing of all the obligations undertaken while it was a member of the Union.   This share should be calculated at the date of withdrawal in accordance with a methodology to be agreed in the first phase of the negotiations. There is no indication of the scale of the settlement and at no time has the EU Chief Negotiator, Michel Barnier, mentioned a figure despite much media comment.

The Methodology for calculating the UK obligation is set out in some detail.  The basic point is made that the UK, through its approval of successive Multi-annual Financial Frameworks (MFFs) and the 2014 Own Resource Decision, is committed to fund a share of Union obligations in accordance with financial programmes covering the period 2014-2020.

·       liabilities recorded in the consolidated accounts of the Union which are not balanced by corresponding assets (i.e. pensions and other employee benefits, provisions for decommissioning etc., financial liabilities not related to borrowings, payables and accrued charges);

It then proceeds to a consideration of the position in respect of a range of EU bodies with UK membership, such as the European Investment Bank, the European Central Bank, the European Development Fund and EU Trust Funds and Facilities. For example, the UK share of the paid-in capital of the ECB should be reimbursed to the Bank of England while the UK should remain liable in full for the obligations of the successive European Development Funds, Trust Funds and the Facility for Refugees in Turkey. And, until the end of the 2020-2021 academic year the UK should continue to contribute to the funding of teachers it seconded to the European schools in line with existing cost-sharing agreements.

At a press briefing in Brussels on 22 May, Michel Barnier provided some further information on the timeliness and process of the negotiations, saying that he hoped to organise the first round of negotiations as soon as possible, perhaps in the week of 19 June, with a first report to the European Council at the summit on 22-23 June – exactly one year after the date of the UK referendum: “I hope to see our British colleagues at the negotiation table as soon as possible, and look forward to work in a positive atmosphere to find common ground.”