On Tuesday, 2 February 2016, the European Council President, Donald Tusk, published his proposed responses to the UK’s demands for reform in four areas of EU policy. 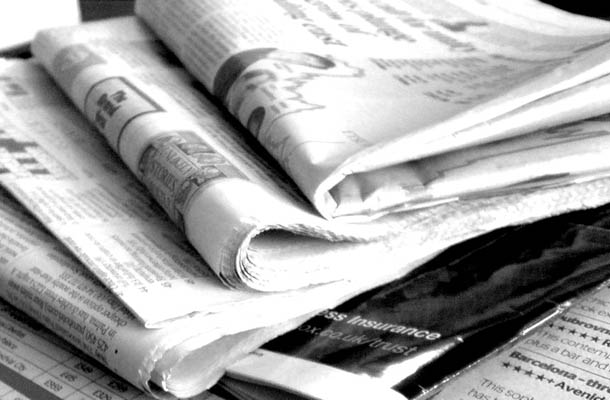 On Tuesday, 2 February 2016, the European Council President, Donald Tusk, published his proposed responses to the UK’s demands for reform in four areas of EU policy.  Prime Minister David Cameron welcomed the communication as an important milestone in the process of reform, renegotiation and referendum.

Within 24 hours the Tusk document and the Cameron welcome had become the target of a broadside of dismissive criticism and hostility which was dramatically reflected in a YouGov poll which suggested that support for remaining in the EU had fallen to 36% with 45% prepared to vote ‘leave’.

The Daily Mail described the Tusk-Cameron proposals as ‘The Great Delusion’ with its top columnist, Max Hastings, denouncing ‘this sham of a negotiation, the pretence that the Prime Minister meant what he told us for years about his intention to change the terms of membership of the EU.’ A day later the same paper produced a front page dominated by the stark question ‘Who Will Speak for England?’ – an historical allusion to Neville Chamberlain and Hitler.

Rupert Murdoch’s tabloid The Sun carried a cartoon based on the Dad’s Army theme –‘Who do EU think you are kidding Mr Cameron?’ calling the draft deal a “stitch-up” and “a farce”, saying that: “Brussels, not for the first time, has treated us with contempt.”

Murdoch’s full-size product The Times dismissed the deal as containing “little of substance” and complained that Eurosceptics who had won a vital chance to debate Britain’s future were squandering it by arguing with each other.

The Daily Express told its readers that “Cameron’s Deal Is a Joke”, that “would allow Brussels to carry on calling the shots” and insisted that its long-running ‘Crusade to get Britain out of the EU’ must continue. The Daily Star simply said “Cam Off It”, headlining the YouGov poll results.

The Telegraph argued, in an editorial, that “The Prime Minister has made his case.  The Leave campaign must rise to his challenge […] it needs to focus now on the bigger picture and explain to instinctively cautious voters how Britain would be better off outside the EU.  After all, this is the chance they have been waiting for.”

On 6 February 2016, Charles Moore, Margaret Thatcher’s authorised biographer, wrote in his Telegraph column: “David Cameron is a clever and persuasive man, but in pursuing this tactic of the bogus deal, he has actually been stupid. His reasons for favouring EU membership are honourable and reasonable, even if one doesn’t agree with all of them – it gives Britain more diplomatic clout, better access to markets, security in a dangerous world. They should have been plainly stated from the start.  By confecting this package with somewhat grudging Continental partners he has reawakened the resentments at the heart of opposition to membership – the feeling of bad faith, and of the powerful getting one over on the rest of us. By behaving as he is, he is confirming what we dislike about the whole thing.”

The six newspapers mentioned above have a combined readership of over 15 million.

Writing in The Guardian as their opposition to Tusk-Cameron emerged and grew, its assistant editor, Martin Kettle argued that “the anti-European press is appalled that a Conservative government is about to recommend staying in Europe. The cocktail of fury, pomposity and hyperbole that reached a climax in the Daily Mail’s preposterous but historic front-page cry ‘Who will speak for England?’ isn’t practical or rational but visceral.”

On a similar note, Nick Davies, in his book on the hacking scandal, Hack Attack, memorably commented on the Europhobic outpourings of much British media: “The impact is like the effect which a screaming brat has on a family: the family may not break up but ordinary life becomes impossible.”

And on the ‘Remain’ Side

The papers on the other side of the Brexit argument have not shown any great enthusiasm either about the contents of Donald Tusk’s letter and attachments. All of them have put forward, in different terms, a crucial, overarching argument, summed up in the Independent headline: “The Remain campaign has the strongest suit in the Brexit battle, so why is it not showing its hand?”

The Independent piece went on to argue that the case for Britain to remain in the European Union rests on three pillars – prosperity, security and the possible break-up of the UK in the event of Brexit. In particular, the Independent raised the troubling question of the impact of a British departure on the rest of the EU – either unravelling the Union or leading to the emergence of a tighter bloc that would marginalise the UK.

While the Financial Times wrote of “A reasonable deal to keep Britain in Europe” and praised Cameron for doing “better than expected”, it predicted that the referendum campaign “will go far beyond the issues raised by a backroom deal in Brussels, touching on fundamental questions about Britain’s political, economic and security interests.”

The Observer argued that Cameron had put party before country, and put himself before party and “called a vote for the wrong reasons”, thus bringing about conditions in which the opposite of what he said he wanted in 2013 may now occur: “Brexit with all the deeply negative and harmful consequences.”

The Guardian editorial was headlined “big arguments, not small beans” and said that the Prime Minister wished to project an attitude of irritation about the European Union which, they say, may be sincere “but also fits snugly with where he imagined most voters to be.” But as the real campaign draws nearer the editorial insists that “attention should shift away from the haggling over small beans, and towards the big arguments.”

Elsewhere, the Guardian argued that the arguments and opinion polling of the week after the Donald Tusk letter all led to the same immediate conclusion: “Most basically and fundamentally the EU referendum is about improving the practical ways in which Europe and Britain can make their mutual dependency work best. For this reason alone, Cameron should be supported.”

The one tabloid on the ‘Remain’ side, The Mirror, which states clearly that there is a good case for Britain remaining in Europe, reflects frustration with David Cameron’s approach to the whole issue, with a headline asserting: “Serious debate on EU membership is overshadowed by David Cameron’s pointless stunts.” These amounted to the Prime Minister “bouncing around various European capitals trying to get a deal of near zero relevance to anything at all, solely so that he can fly back to these shores waving his piece of paper like a latter day, low-rent Neville Chamberlain.”

The Media and Europe

Reviewing the UK press response to the Tusk letter it is impossible to escape the conclusion that the media will play a major part in the direction, and possible outcome, of a referendum campaign that may well start in earnest within weeks. Speaking of the negative impact on the Tony Blair government of the Murdoch press empire, Alastair Campbell is quoted by Nick Davies, as saying: “It was faintly obscene that we even had to worry what they thought.”

But worry they did, and it may well be the case that the power and potential threat of a highly politicised press – largely owned and directed from outside the UK – will drive the coming campaign.