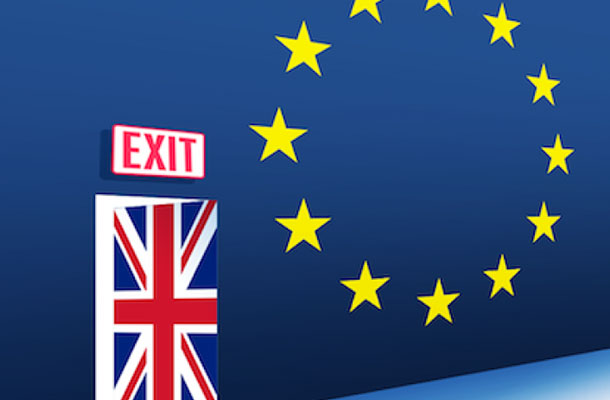 Prime Minister David Cameron, announcing that his Government’s formal position was to recommend that Britain remains in a reformed European Union, said that this was one of the biggest decisions the UK would face in his lifetime, and of a choice which “goes to the heart of the kind of country we want to be and the future we want for our children.”

Not long before midnight on Friday 19 February 2016, and after almost two days of debate and dispute, the EU leaders meeting in the European Council agreed unanimously on a package of measures designed to keep the United Kingdom in the Union. Details of the package are contained in the Conclusions of the European Council (EUCO 1/16) and seven technical annexes.

The package agreed on 19 February addressed each of the four areas of concern for the UK:

– On Economic Governance, safeguards were introduced against the Eurozone dictating terms to the non-Eurozone states;

– on Competitiveness, the issue was dealt with through commitments on extending the single market and creating a mechanism to review EU law for compliance with the principles of subsidiarity and proportionality;

– on Sovereignty, a future treaty will exempt the UK from further political integration and strengthen the role of national parliaments

– on the highly controversial area of Immigration, agreement was reached on provisions to restrict EU citizens’ access to UK welfare benefits but no curb on the treaty-based right of free movement.

Speaking to the media after the Council meeting, both Prime Minister Cameron and Donald Tusk described the outcome as a deal which gave the UK ‘special status’ in the European Union. This took the form of a legally binding decision of all 28 EU, which President Tusk said would avoid breaking the link between Britain and the Union – a situation which, he said, would be contrary to the interests of all parties.

German Chancellor Merkel commented that her colleagues in the European Council believed that they had agreed a package that will elicit support in the UK for the country to remain in the EU, while Danish Prime Minister Rasmussen spoke of a “good deal for the UK and for the EU.”

Open Europe commented that the deal was neither transformative nor trivial, but that it was a step in the right direction. While regretting that the EU leaders had not taken the opportunity to produce Europe-wide reform, Open Europe argued that British voters should not limit themselves to this question but should also consider the wider arguments for and against membership and the alternatives that are put forward.

The pro-European Centre for European Reform concluded that David Cameron had done better than expected at the Brussels summit, noting that the agreement was at “the upper end of what he could have hoped to achieve.”  The CER went on to argue that Mr. Cameron’s best chance of success in the referendum was to shift the debate onto what they describe as loftier ground: “away from arguments about banking safeguards and migrants’ benefits and towards a contest on how to secure Britain’s interests in Europe and the rest of the world.”

The Vote Leave campaign group condemned the package as breaking the key promises made in the Bloomberg speech and the 2015 Conservative Manifesto: “The only way to get a new UK/EU relationship based on free trade and friendly cooperation is to Vote Leave.”

An Observer editorial did not see the Brussels deal as representing a fundamental shift in Britain’s relationship with the EU, but noted that such an outcome was never on the table: “Remain or leave: what the British public decide will be critical for Britain’s economic and social future. It is imperative we move away from the political drama of the last months to make a convincing public case for remaining in the EU.”  The Telegraph, describing arguments for greater EU integration as “utopian fantasy” argued that “there is no better way to judge the health of the EU than the arthritic way that it has handled Mr. Cameron’s polite requests for change.”  The Express headlined ‘Cameron’s Climbdown’ and Nigel Farage’s description of the deal as truly pathetic.”

The UK Cabinet met on Saturday, 20 February 2016, to hear David Cameron’s report on the European Council meeting and to consider the deal agreed by the EU leaders.  By a large majority the Cabinet agreed to recommend to voters that Britain remains a member of a reformed European Union and decided on a 23 June 2016 date for the referendum.

Six of those participating in the meeting – five Cabinet Ministers and Minister with right of attendance – indicated that they would campaign on the ‘Leave’ side: Iain Duncan Smith, Michael Gove, Chris Grayling, Theresa Villiers, John Whittingdale and Priti Patel.

The Prime Minister spoke to waiting media and argued that the fundamental question facing the UK electorate in June would be whether they will we be safer, stronger and better off in a reformed Europe or outside the EU on their own, noting:  “I believe Britain will be stronger in a reformed Europe because we can play a leading role in one of the world’s largest organisations from within, helping to make the big decisions on trade and security that determine our future.”

As the Prime Minister was speaking, the six Cabinet dissidents were on their way to the offices of the Vote Leave campaign organisation where they posed for a group photograph before beginning a round of statements and interviews setting out the case for leaving the EU.

Perhaps the most significant statement was that made by Michael Gove MP, the Justice Secretary, a close friend of the Prime Minister, who stated his belief that “our country would be freer, fairer and better off outside the EU….my starting point is simple.  I believe that the decisions which govern all our lives, the laws we must all obey and the taxes we must all pay should be decided by people we choose and who we can throw out if we want change.”   He concluded: “The EU is an institution rooted in the past and is proving incapable of reforming to meet the challenges of our time.”

The decision of the six to align themselves with Vote Leave is important in the context of the decision to be taken by the Electoral Commission to designate a leading group in both the ‘Remain’ and ‘Leave’ campaigns with access to funding and related resources and opportunities during the campaign. The choice on the ‘Leave’ side is now between Vote Leave and the new Grassroots Out or GO group, while Britain Stronger in Europe seems certain to be designated on the ‘Remain ‘side.

Vote Leave received a considerable boost with the declaration by the controversial but popular Mayor of London, Boris Johnson, that he will support the ‘Leave’ campaign.  He argued that a vote to remain “will be taken in Brussels as a green light for more federalism and the erosion of democracy.” He denied that his decision had anything to do with his party leadership ambitions.

And on the ‘Remain’ Side

Alan Johnson MP, who is chair of the Labour In campaign, said that the party will be “united” in making the case to stay in Europe: “It was pressure from Labour that meant David Cameron has been prevented from trading away rights at work in this deal and we can now get on with our campaign to keep Britain in Europe.”

Scotland’s First Minister, Nicola Sturgeon, promised a strong and positive ‘Remain’ campaign, adding that should Britain vote to leave the EU against the wishes of Scotland, then a second independence referendum is likely to be inevitable.

Green MP, Caroline Lucas, said she was confident that Britain will stay in Europe, because of the stronger evidence in favour of staying in the EU: “More than ever, being a member of the EU helps the UK meet the greatest challenges facing us today.”

Frances O’Grady, General Secretary of the TUC responded: “If the prime minister really wants to secure a yes vote, he should be battling for a Europe of better jobs, stronger workplace rights and fairer growth. So my message to David Cameron and to the remain campaign is simple: put the aspirations, interests and rights of workers at the heart of the debate.”

The Taoiseach, Enda Kenny, responded to the outcome of the European Council, tweeting: “Pleased that European Council agreed package of reform that will allow David Cameron to put Brexit question to UK.”

The Minister for Foreign Affairs, Charlie Flanagan, welcoming the Brussels agreement, said: “The debate in the United Kingdom regarding its future will now intensify, and I believe that Ireland can continue to play a positive and constructive role where appropriate opportunities arise.  The Irish Government is strongly of the view that that the UK should remain in the Union and contributing to that outcome was the Government’s overall objective in the negotiations leading up to today’s agreement, and will remain so in the months ahead.”

Concerns exist in Ireland about the possible impact of the elements of the package dealing with welfare rights of Irish workers in the UK. The Government has indicated that that the special arrangements inherent in the Common Travel Area will protect those workers and Ireland’s Ambassador in London has had discussions with the UK authorities on this matter.

In his remarks following Saturday’s Cabinet, and in subsequent media interviews David Cameron has described the ‘Leave’ arguments as “offering risk at a time of uncertainty – a leap in the dark.”  For himself, he saw his responsibility as speaking plainly about what he believes to be right for Britain, saying that leaving Europe would threaten the UK’s economic and national security”

Two editorial comments sum up the position as the campaign gets under way.

The Guardian refers to the decision to hold the referendum in June and to the internal differences in the Tory party and argues that “the first is a national democratic decision with generational implications for all of us; the second is a partisan psychodrama.”

The Observer editorial, quoted earlier, concluded with the observation that “there are bigger questions facing the Union as a whole: whether freedom of movement can maintain public legitimacy as the Union expands; the future of currency union; the refugee crisis. But they won’t be answered in Britain’s referendum debate.  Pro-Europeans must persuade the British public we need to remain in, so we can work alongside our European friends to shape the answers to these questions in the future.”

Finally, opinion polls on the referendum indicate that the result may be close, with a slight margin in favour of staying in the EU. However, a poll for the Mail on Sunday on 21 February 2016 – after the Brussels deal was announced – showed a 15% lead for the ‘Remain’ side (by 48% to 33% with 19% Don’t know).