David Cameron’s surprise resignation from the House of Commons on 12 September 2016 brings to an end the remarkable political career of the 49 year-old whose legacy is likely to be summed up in one word – ‘Brexit’. 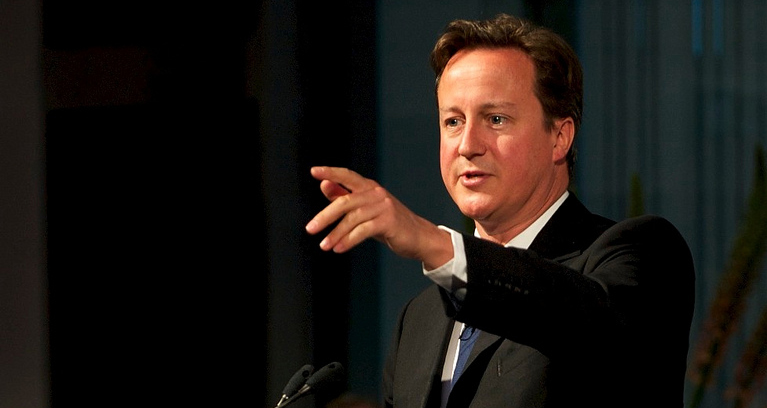 David Cameron’s surprise resignation from the House of Commons on 12 September 2016 brings to an end the remarkable political career of the 49 year-old whose legacy is likely to be summed up in one word – ‘Brexit’.

As one commentator remarked, this is “an ironic epitaph for a politician who once vowed to stop his party from ‘banging on about Europe’, the issue that has haunted the Conservatives since Margaret Thatcher’s reign.”

David Cameron’s early career, in the 1990s, was in the Research Department of the Conservative Party from where he moved into increasingly visible roles as Special Adviser to the Chancellor of the Exchequer Norman Lamont and to the Home Secretary, Michael Howard.

In July 1994, Cameron left his role as Special Adviser to work as the Director of Corporate Affairs at the PR firm, Carlton Communications and, in 1997, stood unsuccessfully as parliamentary candidate in Stafford as the Labour Party returned to government under Tony Blair. Significantly, in his formal election address, Mr. Cameron made his opposition to UK membership of the euro clear, highlighting a commitment not to support it in the House.

Cameron was first elected as an MP – for the Oxfordshire constituency of Witney – in 2001 and, just four years later, became Leader of the Conservative Party in succession to Michael Howard who resigned after Tony Blair’s third General Election victory.

During his leadership campaign, David Cameron made a pledge that the party’s members of the European Parliament would leave the centre-right European People’s Party (EPP) group, which was seen to have a federalist approach to the future direction of the European Union. In July 2006 he concluded an agreement to create a new group, the European Conservatives and Reformists (ECR), involving such hard line Eurosceptic parties as Poland’s Law and Justice Party and the Danish Peoples’ Party. The ECR today has 76 MEPsfrom twenty-three parties across eighteen countries.

The outcome of the 2010 election saw David Cameron negotiating a coalition agreement with Nick Clegg’s Liberal Democrats and entering Number 10 as Prime Minister at the age of 43. In 2015, in a result which famously made nonsense of opinion polling, he emerged as leader of a Conservative Party with an outright majority in the House of Commons. A year later, he had lost a referendum, departed from Number 10 and voluntarily ended his political career.

His announcement, in the 2013 Bloomberg speech, of a negotiation for ‘a new settlement’ between the UK and EU followed by a Remain/Leave referendum, proved fateful. At Bloomberg he spoke of popular frustration with an EU “seen as something that is done to people rather than acting on their behalf.” Opting for the referendum was seen by some as a move to fend off the emerging challenge of Nigel Farage’s UKIP, but by others as an exercise in ‘kicking the can down the road.’

Ultimately, the outcome of Mr. Cameron’s ‘new settlement’ negotiation with the European Council proved a disappointment to many commentators, and the terms of the agreement barely featured in the subsequent referendum debate. The Europhile Observer wrote at the time that the deal did not represent any “fundamental shift” in Britain’s relationship with the EU. David Cameron argued for acceptance of the agreement, saying: “I believe that Britain will be safer, stronger and better off in a reformed European Union.”

The referendum debates, in which Ministers were free to campaign on either side, centred on the issues of immigration, EU funding and sovereignty with less consideration of the trade and economic dimensions highlighted by Mr. Cameron and the Remain side. The 52%-48% result in favour of Leave saw the UK mandated by its voters to end more than 40 years of EC/EU membership. Within hours, David Cameron announced his resignation as Prime Minister, telling the House of Commons that “it was not the result that I wanted, or the outcome that I believe is best for the country I love, but there can be no doubt about the result.”

David Cameron was succeeded as Prime Minister by Theresa May who made it clear that the decision of the electorate must be respected and that ‘Brexit means Brexit’. David Davis, appointed Secretary of State for Exiting the EU argues: “Naturally people want to know what Brexit will mean. Simply it means leaving the European Union so we will decide on our borders our law and the taxpayer’s money. It means getting the best deal for Britain: one that is unique to Britain and not an off-the-shelf solution.” The crucial debate on Brexit is underway with no clarity about content, outcomes and timelines.

The final judgement on David Cameron as Prime Minister is for another day. It has been argued that, in many ways, “he was often quite a good one. Certainly his reflexes and instincts in times of trouble were sound […] he saw Britain through a financial crisis that could have ended truly badly.” His positive and thoughtful response to the conclusions of Bloody Sunday inquiry earned well-deserved praise in Ireland.

A Financial Times analysis commented noted that the biggest challenge to Mr. Cameron was always going to be on Europe: “Britain’s voters have shown limited interest in the EU and their indifference continued throughout Mr. Cameron’s premiership. But many Tory MPs are ardent Europhobes for whom rule by Brussels is an affront. Rather than standing up to his backbenchers, Mr. Cameron has accommodated their obsession for years.”

The Guardian, in its editorial on 13 September 2016, wrote that “Mr. Cameron perished almost entirely by his own hand. Of his recent predecessors in 10 Downing Street, Gordon Brown and John Major left after losing elections they could not avoid, while Margaret Thatcher and Tony Blair were forced out after staying on too long. Only Mr. Cameron left because he blew it all by himself, in his case by calling a European referendum he lacked both the popular appeal and the party support to win. He will be for ever remembered as the prime minister whose career was destroyed by Europe. And deservedly so.”