Not long ago, the prospect of a referendum on UK membership of the European Union did not figure on the political agenda in Northern Ireland as a bitter budget debate, and long-standing differences over flags and legacy dominated public discussion. 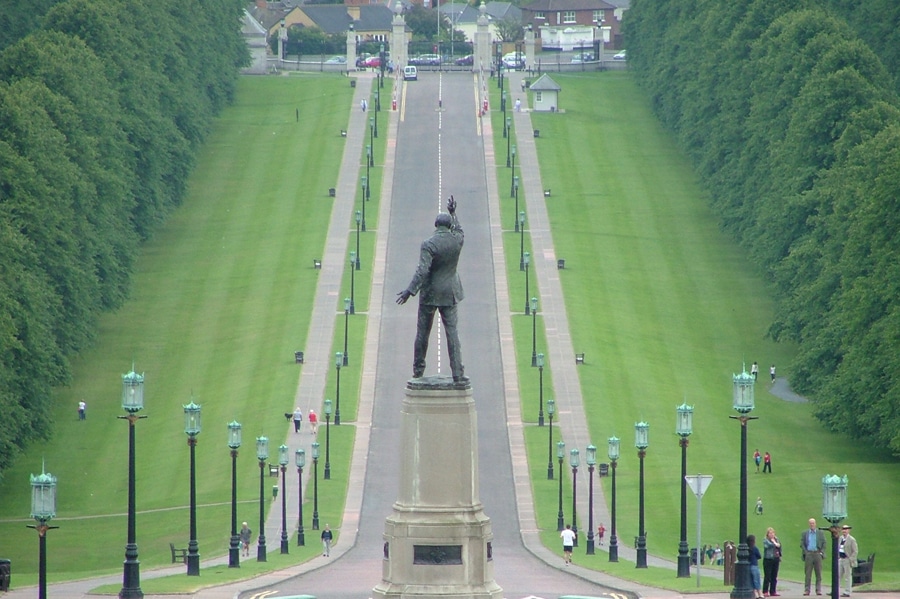 Not long ago, the prospect of a referendum on UK membership of the European Union did not figure on the political agenda in Northern Ireland as a bitter budget debate, and long-standing differences over flags and legacy dominated public discussion. Now, the Brexit debate has arrived in the province with visits by a growing list of high visibility campaigners and with welcome evidence of engagement with the issues across the political and economic spectrum.

The publication, on 19 February 2016, of the Brussels agreement between Prime Minister Cameron and his European Council partners, followed by the formal decision of the Cabinet to call for a ‘remain’ vote in the June referendum, saw campaigning begin in earnest. Within days, the debate was brought across the Irish Sea by the Prime Minister.

David Cameron visited the Bushmills whiskey distillery where he told workers and local media: “I’m clear that the people of Northern Ireland, and the whole UK, are better off in a reformed European Union. More than 60% of Northern Ireland’s exports go to the EU and around 40% of its investment comes from the EU. Putting that at risk is a leap in the dark.”

The Prime Minister was followed two days later by London Mayor, Boris Johnson, who argued that this was a chance to get power back from Brussels: “Time for freedom, folks, is what I would say.” He told an audience in an Antrim factory that Brexit would leave arrangements on the Irish border unchanged.

In a debate hosted by Ulster University, the UKIP Leader, Nigel Farage confronted Labour’s Shadow Northern Ireland Secretary, Vernon Coaker. Nigel Farage insisted that the referendum was about politics, rather than business, investment or trade. On Irish Border arrangements in event of Brexit, he said he saw no reason why soft Border arrangements with the North could not continue. Vernon Coaker made the case for “a confident UK within a confident EU” and argued the North was better off in the EU “because it takes away the uncertainties around jobs, around growth”. He recalled that EU funds supported peace initiatives, making “a massive difference” and predicted that if people put £20 on the success of a ‘remain’ vote they could expect to get their money back.

Northern Ireland Secretary, Theresa Villiers, is one of the Cabinet Ministers who have declared support for UK withdrawal from the EU, saying that her vote would be “to take back control over our country and making our laws and controlling our borders.”

Her position has led to calls for her to quit her cabinet post. Colum Eastwood, the SDLP leader, argues that she could not act in the interests of Northern Ireland if she wanted the UK to leave the EU. “… her role as Secretary of State for Northern Ireland places upon her a separate responsibility. That role should require her to represent the best interests of people in the North. A Brexit is not in our interest. It is not in the interest of our economy or in the interest of our society.” A similar stance on the position of the Secretary of State has been taken by Northern Ireland’s Deputy First Minister, Martin McGuiness, of Sinn Fein.

The political parties in Northern Ireland are divided on the referendum question, with a major Unionist party on each side of the debate.

The parties in favour of the UK remaining in the European Union include the two republican / nationalist parties – Sinn Fein and SDLP – Alliance, the Green Party and the Ulster Unionist Party (UUP) which argues that on balance Northern Ireland is better remaining in the EU.

The ‘leave’ side of the referendum argument is led by the Democratic Unionist Party (DUP), led by Northern Ireland First Minister Arlene Foster, Traditional Unionist Voice (TUV) and UKIP who have denounced the UUP as “closet Tories who have bottled on the EU.” First Minister Foster will recommend a vote to leave the EU because the deal struck by the Prime Minister did not go far enough to secure fundamental reform of the bloc.

The decision of the UUP to oppose Brexit, thus demonstrating a key policy difference with the DUP, may be considered in the context of the forthcoming Northern Ireland Assembly elections. The closeness of the UUP to the farming community is also relevant.

The Ulster Farmers Union in a formal statement argues that no compelling argument has been made that Northern Ireland’s agricultural industry would be better off if the UK left the EU: “Future financial support is the central issue.  We would need firm assurances about access to the EU market. Our view for now is it will fare better in the European Union.” Prime Minister Cameron had expressed the view that EU membership gives Northern Ireland’s farmers access to an income that helps them keep food prices low.

The CBI Northern Ireland Director, Nigel Smyth, stated that: “It’s clear that the majority – although not all – of our member companies wish to remain within a reformed EU. The single market gives access to over 500 million customers with common rules making it easier to do business across Europe. For Northern Ireland, the importance of trade, with over 57% of our exports going to the EU, the size of our large agri-food sector, and our dependence on attracting international investment are critical issues which must be considered.”

The UK Government Policy Paper The Process for Withdrawing from the European Union deals specifically with the implications for Northern Ireland:

Northern Ireland would be confronted with difficult issues about the relationship with Ireland. Outside the EU’s Customs Union, it would be necessary to impose customs checks on the movement of goods across the border. Questions would also need to be answered about the Common Travel Area which covers the movement of people. This could have an impact on cross-border co-operation and trade. The withdrawal of structural funds, which have helped address economic challenges, would also have an impact.

The paper highlights the fact that cross-border co-operation has helped strengthen relations between Northern Ireland and Ireland in recent years.

The websites of the Taoiseach and the Minister for Foreign Affairs contain a number of relevant speeches delivered at events in Dublin, London and Belfast, underlining the seriousness with which the implications of a possible Brexit is seen by the Government.

The Taoiseach, Enda Kenny, met with the British Prime Minister, David Cameron, in Downing Street on 25 January 2016, for talks on the UK renegotiation plan. The implications of Brexit for Northern Ireland and Irish relations with the UK were discussed.

Northern Ireland has featured prominently in the IIEA’s recent work on Brexit.