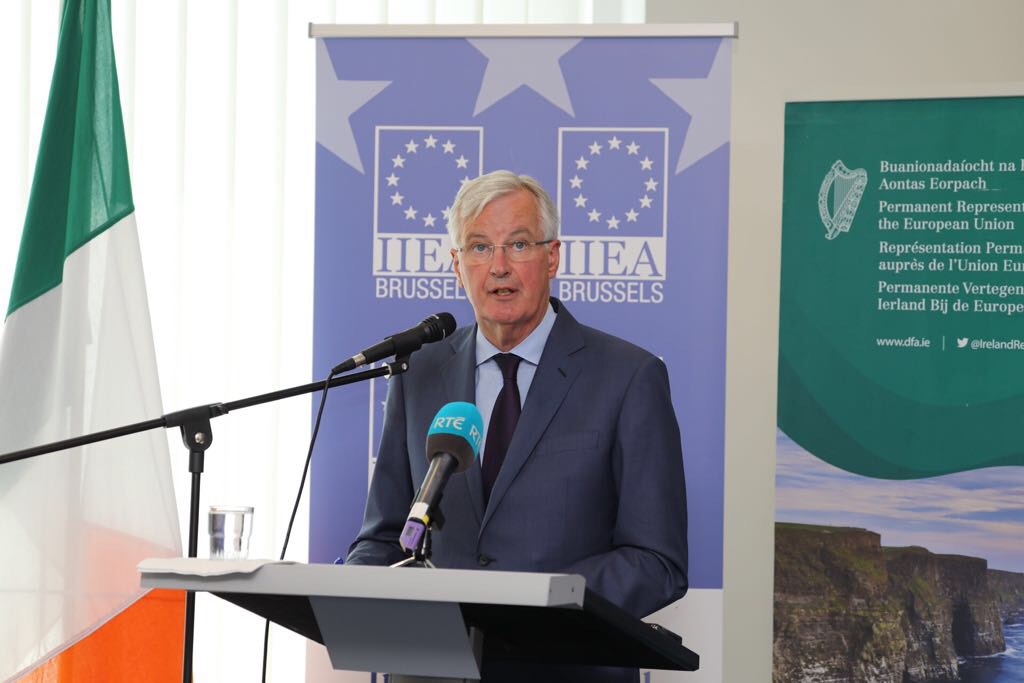 Michel Barnier, Chief Negotiator, heading the Task Force for the Preparation and Conduct of the Negotiations with the United Kingdom under Article 50 TEU.

On the occasion of the second Brendan Halligan annual lecture, our esteemed guest speaker, Mr Michel Barnier, gave a state of play of the Brexit negotiations, immediately following the European Council of 28/29 June 2018. 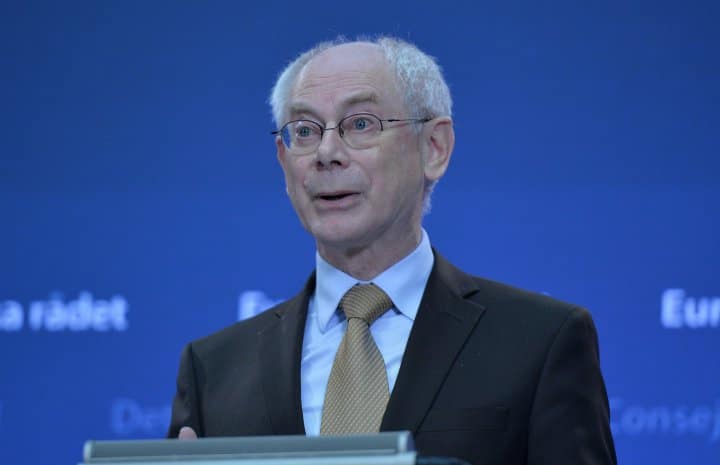 In June, Herman van Rompuy, President emeritus of the European Council and former Prime Minister of Belgium, delivered the inaugural Annual Brendan Halligan Lecture. Van Rompuy addressed whether there was a future for Europe. He pointed out that with the eurozone and refugee crises, Brexit and populist threats, the demise of the EU was forecasted by many.  In his view, the European idea is more resilient than many expected. He emphasised however that we have to work hard to reconcile the citizens with national and European politics. He remained optimistic for the future but warned that collectively a nation or a union can make dramatic mistakes, with consequences they do not expect or can foresee. There is a window of opportunity created by the latest challenges in the EU and he urged that this fully be used to the advantage of the EU. The event was followed by a reception co-hosted by the Permanent Representation of Ireland to the EU. Permanent Representation of Ireland to the EU 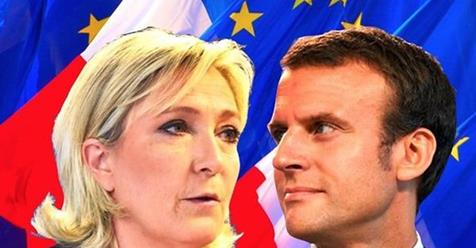 In May, Douglas Herbert, of France 24, gave an in-depth analysis of the French Presidential election. An exciting electoral contest which turned out to be a game changer for France and Europe. We discussed the factors which influenced the result on 7 May, the implications of the two candidate’s programmes in particular for the European Union, and we also looked ahead to possible scenarios for the National Assembly elections in June and the formation of a new government in France. 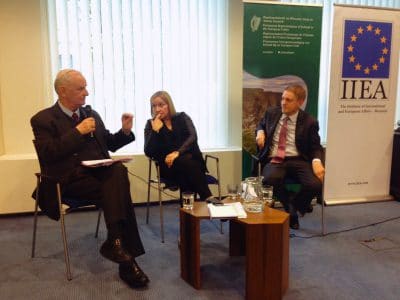 In April, John Palmer of the European Policy Centre and Lucinda Creighton former European Affairs Minister and consultant, provided a preview of the UK General Election and Brexit in the peak election period. It looked then as though a Theresa May landslide was inevitable instead the result showed that if a week is a long time in politics an eight-week campaign is an age. Permanent Representa 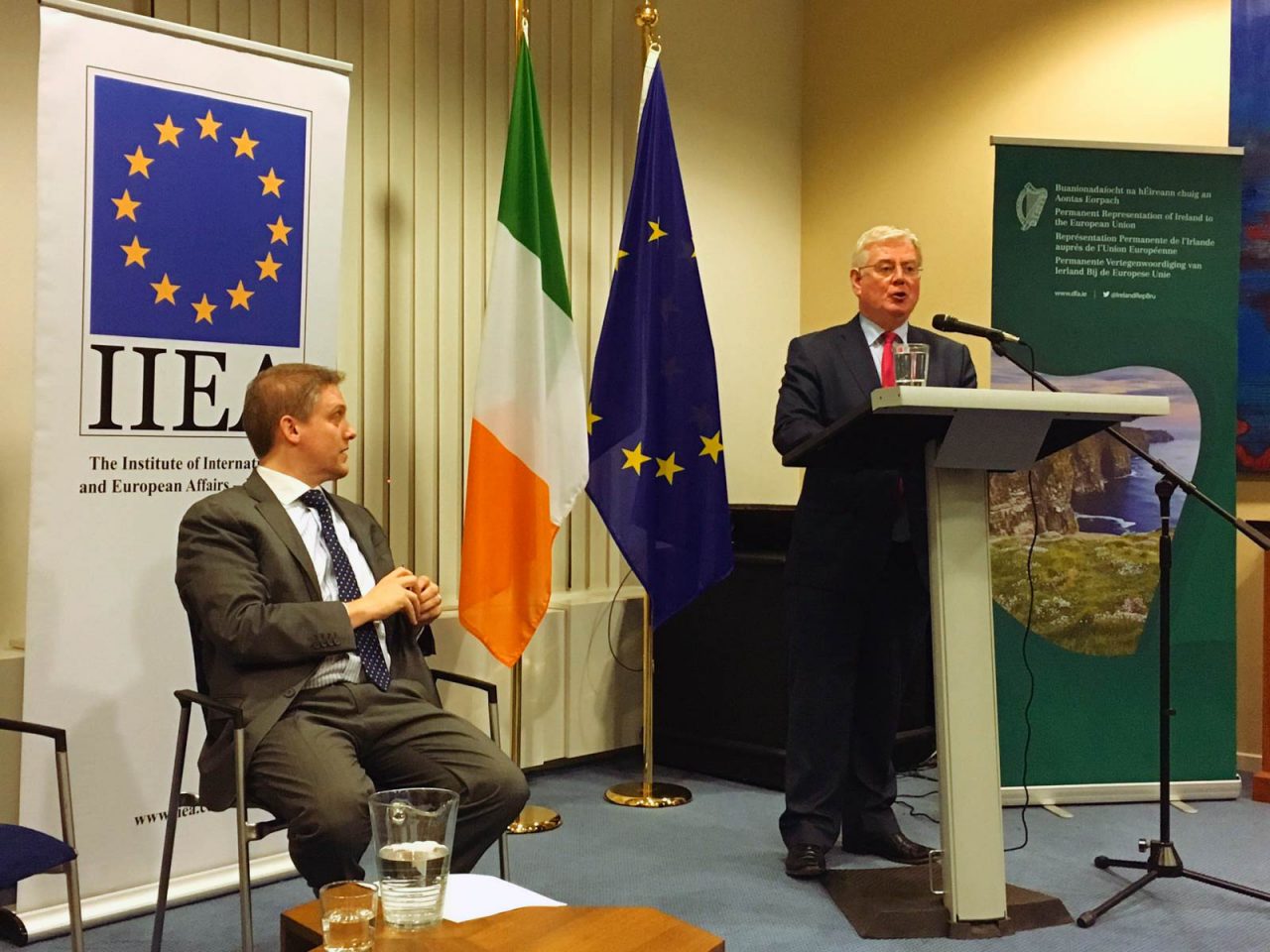 The EU’s role in the Colombian peace process 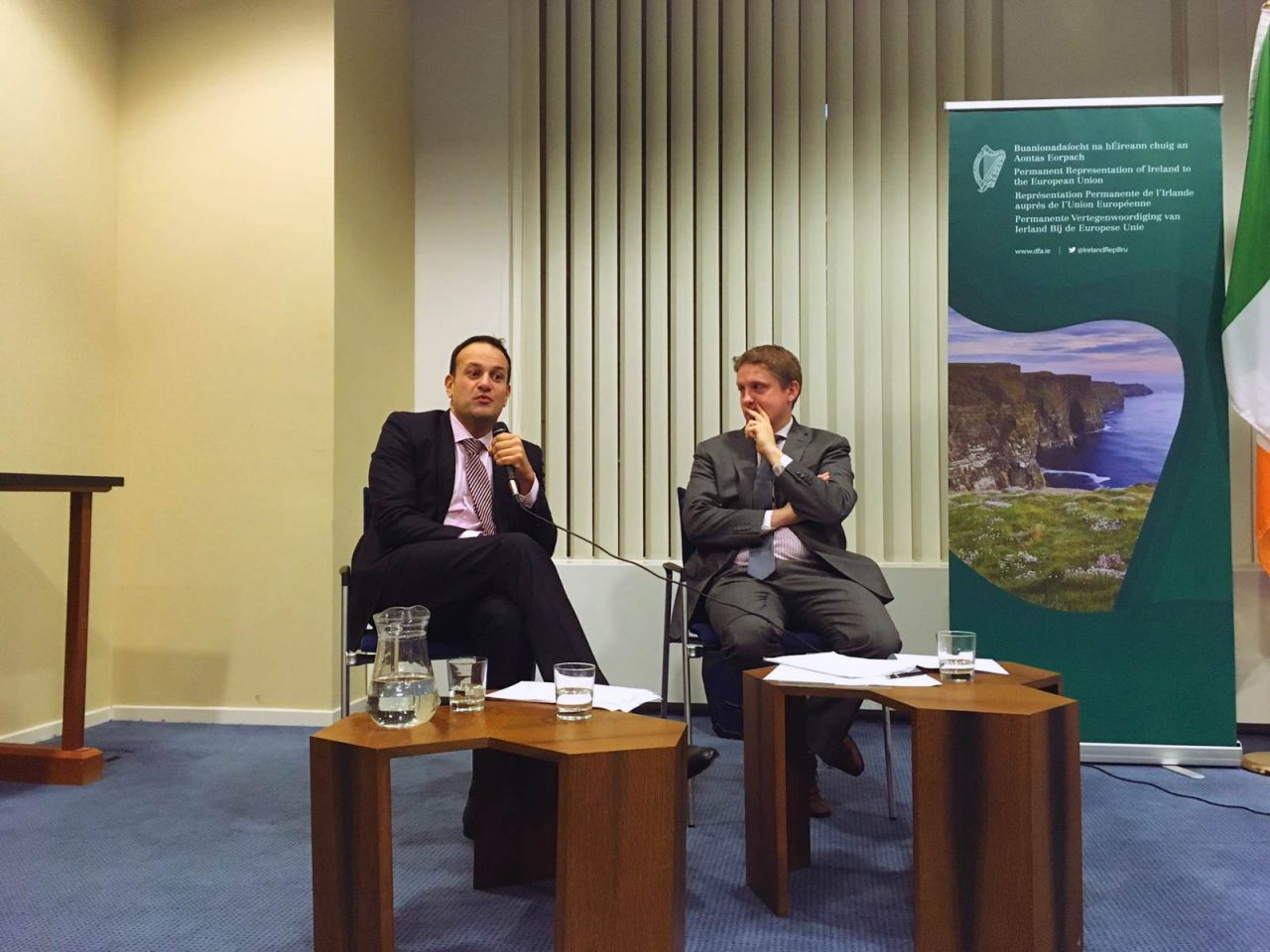 Current challenges facing both Ireland and the EU

Brexit: implications for Scotland and its relationship with the EU