On 6 September 2016, Jeroen Dijsselbloem delivered an address at Bruegel’s annual meeting in Brussels. 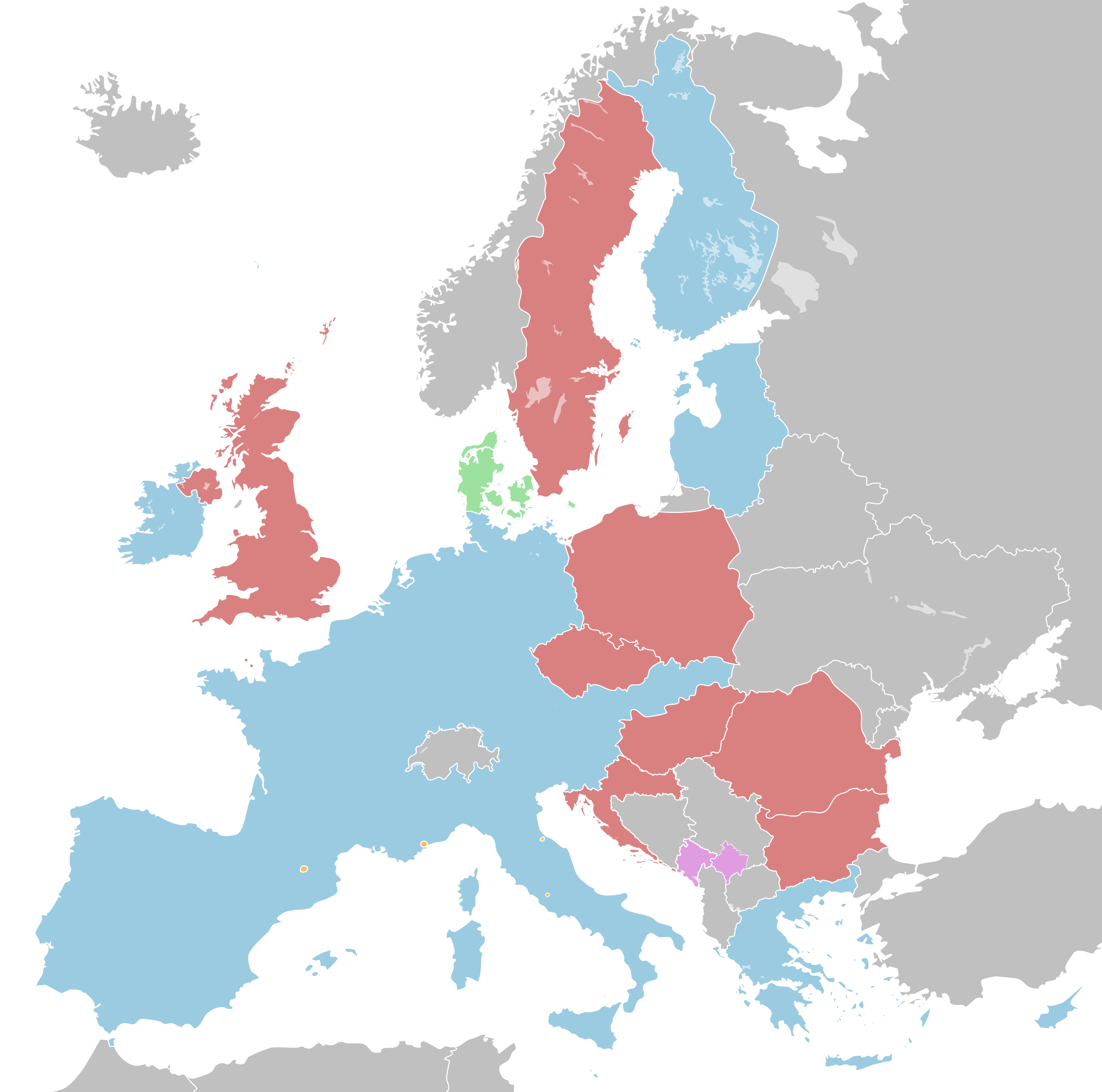 On 6 September 2016, Jeroen Dijsselbloem delivered an address at Bruegel’s annual meeting in Brussels[1]. Mr. Dijsselbloem, who is also the Dutch Minister of Finance, said he believed that the EU has underperformed in recent years, and failed to “guarantee people the prosperity and security that they rightly ask us for”. Mr. Draghi echoed this sentiment in a speech in the Italian city of Trento on 13 September 2016[2]. “The raison d’etre of any government is to provide security for its citizens, both physically and economically”, he said, before going on to note the “growing dissatisfaction” with the European project.

Among the explanations put forward by Draghi and Dijsselbloem for this prevailing sense of dissatisfaction and insecurity are: the aftermath of the biggest economic crisis since World War Two; the impact of demographic ageing on the sustainability of public finances; large-scale migration; technological progress, and the consequences of globalisation.

Mr. Draghi said it was “not surprising” that many people felt left behind by globalisation, with the real incomes of those in the lower half of distribution in advanced economies remaining “at the same level as a few decades ago”. Mr. Dijsselbloem said European leaders “may have under estimated” the side effects of globalisation, citing an apparent focus on the aggregate gains of globalisation rather than an examination of the “substantial redistributive effects”. He urged policymakers to “face up to the fact” that some people have benefited more than others from the global market economy.

On how Europe should address the economic insecurity felt by many citizens across the Member States, Draghi and Dijsselbloem offer similar prescriptions. Both leaders advocate EU level outcomes that, in the words of the ECB President, “are more efficient and more directly aimed at the people, their needs and their fears – and less focused on institution-building”.

Mr. Dijsselbloem said the EU should be proud of its welfare system and said that policymakers across the continent should respond to rising populism with measures designed to ensure fairness and equity. He said that while events of recent years, such as the financial and refugee crises, and the ageing nature of populations in many Member States, placed pressure on social welfare systems, this did not require a dismantling of Europe’s unique social model.

The Eurogroup President said this fairness and equity needed to exist between globalisation’s winners and losers, and would require the provision of “short term social support as well as long-term labour market reforms to stimulate employment shifts between sectors”. The EU needed to avoid a “race to the bottom” and should seek to protect its labour and environmental standards in any trade deals that it is party to. President Tusk repeated this argument in a letter to EU leaders prior to the Bratislava summit; “while we continue to work on future trade deals, we must guarantee and reassure our citizens and European companies that we are above all representing and protecting their interests in this process”, he wrote on 13 September 2016[4].

Mr. Draghi said that Europe needed to “listen to the demands of those left behind by a society built on the pursuit of wealth and power” before it could make any further progress in opening up markets and competition. He said the EU needed to “moderate its outcomes” to ensure that the redistributive effects of integration, and the concerns of those left behind, command a higher placing on the EU agenda.

While Member States should pursue policies that promote growth and also offer protections to the vulnerable, they lack the strength to fully fulfill this moderating role and there is therefore a case for EU-level action, Mr. Draghi asserted. In this context, he welcomed discussions on the following issues:

A possible European Unemployment Insurance Scheme (EUIS) was among the potential options listed in a “Presidency Issues Note” on the fiscal pillar of the Economic and Monetary Union prepared by Slovakia ahead of an informal meeting of EU finance ministers on 9 September 2016[5].

Mr. Dijsselbloem outlined the need to ensure that people have access to training that can update their skills to respond to the changing global economy. He said that investing in education would promote fairness of people’s opportunities and was “by far the most socially beneficial type of reform”. Additionally, he said the EU should also seek to:

·         Complete the shift from bailout to bail-in under EU banking resolution rules.

He argued that placing fairness and equity at the heart of the EU’s economic decision making would allow leaders to address inequality, which he said he was “absolutely convinced” is the biggest driver of people’s concerns.

A common thread in both speeches was the emphasis on the need for the EU to focus on completing, and enhancing, the structures already in place rather than taking big, new integrative steps. “Strengthen what we have and actually complete it”, Mr. Dijsselbloem said towards the end of his remarks, calling for the completion of the Banking Union, the Capital Markets Union and the Single Market.  Mr. Draghi said it would be dangerous to not complete these initiatives aimed at deepening EMU, noting that unresolved internal divisions would distract EU leaders from addressing new challenges, be they geopolitical, environmental or economic.

While Mr. Dijsselbloem was forthright in his assertion that the EU should not take any more “big leaps in the dark”, Mr. Draghi said that there was a case for new common projects in Europe, if such projects are based on a consensus that European-level action is necessary, and if they are “clearly linked” to people’s immediate concerns.

This discussion, about whether the EU should take more “big leaps” or seek to consolidate the existing EMU framework, is likely to loom large on the agenda in the coming months. The European Commission is due to publish a White Paper on Stage 2 of the Five President’s Report in the Spring of 2017. Stage 2 of the Five President’s Report proposes steps such as a more formalised and binding economic convergence process, the establishment of a macroeconomic stabilisation function for the euro area, the integration of the European Stability Mechanism into EU law and the setting up of a euro area treasury.

Mr. Dijsselbloem previously said at an event in The Hague on 28 June 2016, that while his analysis regarding Stage 1 of the Five President’s Report had not changed following the UK referendum outcome, taking the next “big steps” in terms of deepening cooperation between euro area Member States would be a “great gamble” if there was not a convergence of social systems, economic functionality, productivity and competitiveness.

Mr. Draghi and Mr. Dijsselbloem have both advocated actionable measures that will deliver tangible results for the people of Europe. They call for economic growth and globalisation that is fair and equitable, and for the EU to complete the structures already in place and projects already underway before embarking on new grand ventures. The informal Bratislava summit takes place at what President Tusk has called a “particularly historic moment”. The leaders in attendance will be faced with a challenging agenda, with the future economic direction of the EU set to be a key aspect of their discussions.

[2] “Reviving the spirit of De Gasperi: working together for an effective and inclusive Union”, Speech by Mario Draghi https://www.ecb.europa.eu/press/key/date/2016/html/sp160913.en.html

[4] Letter from Donald Tusk, President of the European Council, to EU leaders ahead of the summit in Bratislava (13 September, 2013) http://g8fip1kplyr33r3krz5b97d1.wpengine.netdna-cdn.com/wp-content/uploads/2016/09/BratislavaLetter.pdf

Europe and the Global Economy

The US and the Global Economy