Ms Westblom took a critical look at Ireland’s role in contributing to the state of play of the EU’s current policies, and reviewed Ireland’s climate performance from a European perspective

The Paris Agreement brought together the world to tackle climate change. However, the level of ambition in the EU’s climate and energy legislation for 2030 will not be enough to put Europe on a path to deliver on the Paris objectives. Nor are all member states on target to meet climate objectives, and a recent CAN report ranked Ireland’s performance on climate second worst among EU Member States. At the same time EU Member States are required to develop ten year Integrated National Energy and Climate Plans (NECPs).

Caroline took a critical look at Ireland’s role in contributing to the state of play of the EU’s current policies, and what opportunities and challenges the development of the NECP brings to Ireland’s national climate policies.

Caroline Westblom works as EU Climate and Energy Policy Coordinator at Climate Action Network (CAN) Europe. Before joining CAN, she worked with several Swedish and European NGOs on national climate policy and international climate negotiations. She holds a Masters in Environmental Management and Policy from Lund University, Sweden. Climate Action Network (CAN) Europe is Europe’s leading NGO coalition fighting dangerous climate change. With over 150 member organisations from 35 European countries, representing over 1.700 NGOs and more than 40 million citizens, CAN Europe promotes sustainable climate, energy and development policies throughout Europe. 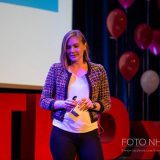 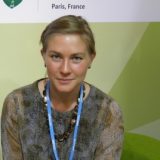