On Wednesday, 5 April 2017, the European Parliament voted to approve a resolution on the UK’s EU withdrawal negotiations and the subsequent future relationship with the EU. 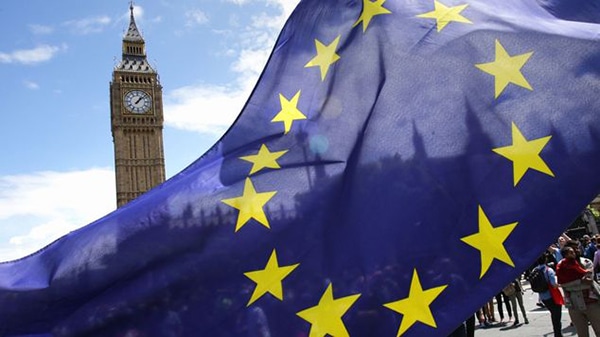 On Wednesday, 5 April 2017, the European Parliament voted to approve a resolution on the UK’s EU withdrawal negotiations and the subsequent future relationship with the EU.

1.    by a large majority, the European Parliament seeks a substantial role in implementation of the Article 50 negotiations;

2.    this majority assures there will be a clear majority supporting the eventual decision on consent;

3.    there is widespread recognition of the unique position and the special circumstances confronting the island of Ireland and calls for all means and measures to mitigate effects on the border; and, finally

4.    there is desire for maximum transparency to ensure both accountability and that people have access to the fullest range of information impacting on their concerns.

The European Parliament had made it clear after the UK referendum that it sees itself playing an influential role at all stages of the Brexit negotiations. Both the President of the Commission, Jean-Claude Juncker, and the Head of the Commission negotiating team, Michel Barnier, addressed MEPs and confirmed during the debate that there would be transparency on their part during the negotiations. The Conference of Presidents endorsed the motion drawn up by the leaders of four political groups including the European Peoples Party, the Socialists and Democrats, the Liberals and the Greens.

The resolution was adopted by 516 votes in favour, with 133 against and 50 abstentions. The resolution broadly reflects the same concerns and policy directions expressed in the European Council’s draft negotiating guidelines which was sent to heads of state or government on Friday, 30 March. These guidelines are expected to be adopted by the European Council at the special summit on 29 April.

The consent of the European Parliament is the penultimate step prior to a final decision by the European Council on the withdrawal of the United Kingdom.

The resolution records the criteria and conditions which will guide the parliament when it comes to exercising its consent prerogative. The withdrawal agreement can only be concluded with the consent of the European Parliament, as is also the case for any possible future agreement on relations between the European Union and the United Kingdom as well as any possible transitional arrangements. The Parliament intends to closely follow the negotiations, while contributing its opinion on progress. It also intends to support maximum transparency, through the Office of the Ombudsman, to ensure that citizens have access to the fullest range of information on a political process which will impact extensively on their lives.

The special requirements of Ireland are politically endorsed

The resolution recalls that the mandate and the negotiation directives given throughout the whole negotiation process must fully reflect the positions and interests of the citizens and the Member States of the EU 27, including those of Ireland, which will be particularly affected by the withdrawal of the United Kingdom from the EU. Here Parliament recognises that the unique position and the special circumstances confronting the island of Ireland must be addressed in the withdrawal agreement.

In practical terms, the resolution urges that all means and measures be used to mitigate the effects of the UK withdrawal on the border between Ireland and Northern Ireland, while upholding European Union law and the 1998 Good Friday Agreement. It insists on the need to ensure continuity and stability of the Northern Ireland Peace Process and avoid the re-establishment of a hard border on the island. While establishing these basic policy objectives is an important development, the challenge will be both finding and agreeing on the practical modalities.

It is important to note that the concerns of the island of Ireland have now been explicitly noted by the European Council, European Parliament, and the UK, and individual Member States have also indicated their support. The issue was also recently raised during the German Bundestag debate on Brexit. Ralph Brinkhaus (CDU), who recently addressed the IIEA’s Germany Group said during the debate: “The message to our Irish friends is clear: We will stand by your side,” before warning of the risk of Brexit for the “fragile peace in Northern Ireland.”

The Resolution makes clear that, until it departs, the UK should continue to enjoy all its present rights and respect all its present obligations under the EU Treaties. These include its financial commitments under the current EU long-term budget, even if those liabilities extend beyond the UK’s withdrawal date. This also means that the UK must continue to accept the four freedoms, the jurisdiction of the European Court of Justice, general budgetary contributions and adherence to the EU’s common trade policy until it leaves the European Union.

Looking further into the future, the Resolution says that the relationship between the European Union and the United Kingdom should be balanced, comprehensive and serve the interests of the citizens of both parties. It notes that an agreement on these areas of common interest will require time to negotiate.

Kevin Leydon is a trustee of the Institute for International and European Affairs, Brussels, A.I.S.B.L. The views expressed in this blog are his own.