The influential Polish Institute of International Affairs (PISM) has monitored the UK referendum campaign in a series of insightful reports. 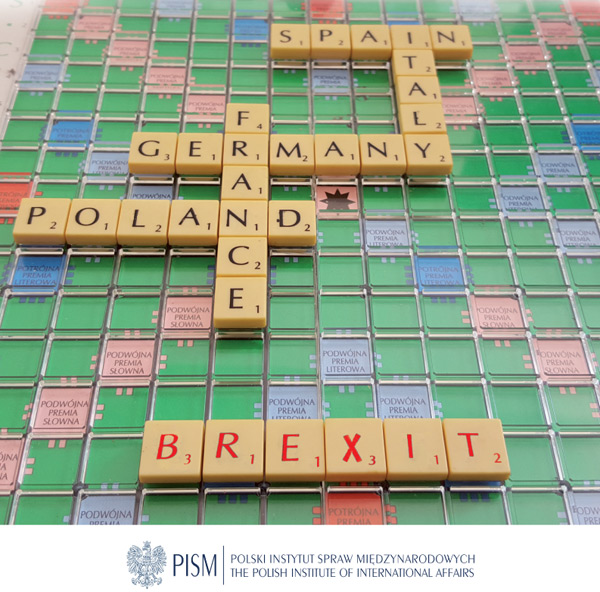 The influential Polish Institute of International Affairs (PISM) has monitored the UK referendum campaign in a series of insightful reports. The latest of these deals with the ‘Probable EU-UK Relationship After Brexit’ and is based on detailed analysis of the positions and preferences of five Member States – Germany, France, Spain, Italy and Poland.

The study starts from the recognition that a UK departure from the EU will require the negotiation of a new agreement between the Union and the UK which would become the framework for their future relations.

The important point is made that, with regard to the treaty provisions on withdrawal, it may be in the UK’s interest to seek a withdrawal agreement which does not include too much detail about the future relationship and to open parallel or separate talks on the new model for relations.

The report argues that “the eventual model of the relationship will reflect the pattern of economic and political interests of the UK, on the one hand and, on the other, key EU Member States…”  These positions will significantly influence the attitudes and policy choices of the other EU states.

The report sees the preferences of the five states studied as “contingent on three factors: the scale and intensity of single-market ties to the United Kingdom involving the free movement of goods, services, capital and people; the convergence of views with the country on economic policy at the EU level;  and, the vision of the future of EU integration.” These variables are strongly correlated –“the more advanced the economic form, the higher the probability of political institutionalisation.”

The conclusions reached by the PISM experts in respect of the five Member States are that:

Germany would look for “an advanced model of a Single Market with a strong British voice on regulatory policies (the ‘Norway Plus’ model).  However, Germany would seek to restrict the UK’s influence to the sphere of economics, giving it no access to the inevitable debates on the deepening of European integration. The analysis concludes that Brexit “may trigger a change in Germany’s EU policy course with a shift in position towards abandoning the idea of widespread integration to focusing on deepening cooperation within the EU core. With such an approach Germany would likely find political allies in France, Italy, the Netherlands and Belgium.”

France also would prefer a model focused on the Single Market, but with no provision for any UK influence on evolving regulatory policies.  The optimal solution for France would be UK membership of the European Economic Area (the ‘Norway’ model) where the country would “have to comply with EU regulations but could not influence them.” The French position is that there can be no institutionalised political dialogue with the UK, certainly not insofar as the future of European integration is being debated. The report comments that “the current government is very likely to be unwilling to grant too many privileges to a United Kingdom that has left the bloc to prevent strengthening the National Front.  France sees in the absence of British government from EU decision making the chance to deepen Eurozone integration, build on European social policy and reinforce is security policy.”

Spain also appears to favour a model involving broad UK participation in the Single Market, in effect a preference for the ‘Norway’ model.   Keeping free movement of people would be favoured by Spain because of the traditional two-way migration between the countries. “The Spanish government is likely to stay neutral regarding British participation in the decision-making process, whether on the Single Market or integration policy.” There is a similarity in the general approaches of the Spanish and British governments on key economic questions and, on the other hand, a longstanding coincidence of views with France on European integration. Spain’s long running political impasse makes it difficult to arrive at a definitive view of the final policy position.

Italy, the report argues, is most likely to opt for the ‘Norway’ model, too, “because it involves wide access to the internal market but not to the decision-making process on economic policy and political integration.” Italy is less exposed to the economic fall-out from Brexit. Italy tends to adopt a cautious approach to deregulation of the market and to support deeper political integration. There is evidence that Italy may adopt a flexible approach in order to use these issues “as bargaining chips in an attempt to wrench concessions from other areas not necessarily linked to Brexit.” These may include efforts to increase the use of the community method is areas such as employment and migration policies.

Poland is the Member State with the largest immigrant group in the United Kingdom and has greatly increased its trade relations with Britain. Poland “would call for the current, strong economic integration ties with the UK within the Single Market to be continued with a focus on the free movement of people.” Poland’s view of both economic policy and EU integration is close to that of the UK so that the Warsaw government would be likely to favour some element of formal UK input on internal market regulations along the lines of ‘Norway Plus.’   Poland remains outside the Eurozone and is reluctant to support further political integration and favours formalised arrangements for political cooperation between the EU and UK.    “The similarity of their positions towards Russia might also cause Poland to promote the UK’s quest for influence, especially in foreign policy…”

The PISM authors conclude that the most likely future model for the EU-UK relationship after British exit would be close to membership of the European Economic Area – the ‘Norway’ model. “The UK would enjoy wide access to the EU’s internal market but would not have a say on EU regulations with which it would have to comply.”

The ‘Norway Plus’ option would require the UK accepting all Single Market related obligations, including in particular free movement of people and contributions to the EU budget. It would also involve a complex set of alliances among the Member States on the issues arising after Brexit.  The authors write that “negotiations on the new relationships may lead to the emergence of a new pattern of influence exerted by individual Member States and EU institutions as part of European integration.”