On 3 December 2015, Danish citizens will vote in a referendum on Denmark’s current opt-out of EU Freedom, Security and Justice (FSJ) legislation. 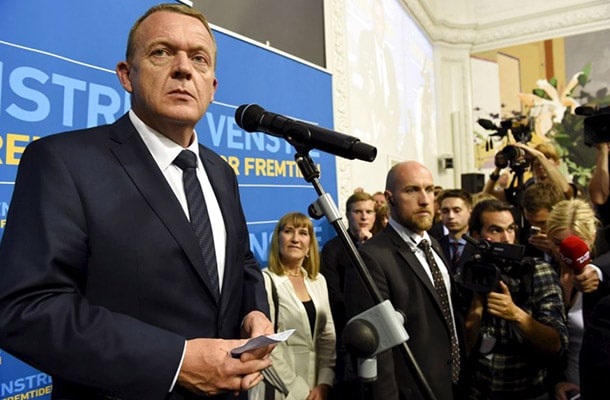 On 3 December 2015, Danish citizens will vote in a referendum on Denmark’s current opt-out of EU Freedom, Security and Justice (FSJ) legislation. If they choose to amend the current legislation, Denmark will be able to opt in to FSJ measures on a case-by-case basis, similar to the manner in which the UK and Ireland cooperate on matters relating to FSJ. This blog gives an overview of Denmark’s current opt-out situation, explains the reason why the referendum has been called, and outlines the main arguments on both sides of the campaign and the implications of the referendum for Denmark’s cooperation with the European Union.

Following the initial rejection of the Maastricht Treaty in a previous referendum in 1992, Denmark obtained four opt-outs. The opt-outs are outlined in the Edinburgh Agreement and concern the Monetary Union (EMU), Common Security and Defence Policy (CSDP), Justice and Home Affairs (JHA) [now Freedom, Security and Justice (FSJ)] and the Citizenship of the European Union. Denmark ratified the Treaty with the opt-out protocols in a second referendum in 1993, and has since concluded a number of parallel intergovernmental agreements with the EU to extend to Denmark other EU legislative measures adopted under the area of Freedom, Security and Justice, in which Denmark cannot directly participate due to its opt-out. These include the Brussels Convention and the Dublin Convention. Denmark remains a member of Schengen, which means that it shares an open Border with neighbouring EU countries Germany and Sweden.

The Lisbon Treaty prioritised the creation of an area of Freedom, Security and Justice in Europe. Within the ongoing Lisbon Treaty implementation framework, certain elements of FSJ cooperation, which were previously carried out on an intergovernmental basis will, in future, become EU competencies. While Europol previously operated on an inter-governmental basis, by 2016 Europol is due to become a supranational body. The risk of Denmark being obliged to withdraw from Europol policing cooperation due to the restrictions of the Danish FSJ opt-out is a particular cause of concern and is one of the main reasons why this referendum was called.

In accordance with Protocol 22 of the Lisbon Treaty, the upcoming referendum was called based on an agreement between five Danish parties – the Social Democrats, the Danish Social Liberal Party, the Liberal Party, the Conservative Party and the Socialist People’s Party – who do not wish to see Denmark excluded from crucial tools for European FSJ cooperation such as Europol.

The ‘Yes’ and ‘No’ campaigns

Denmark’s main political parties, including the governing Liberal Party under Prime Minister Lars Løkke Rasmussen, and the Social Democrats support the “Yes” Campaign, which advocates that European cooperation such as Europol, Eurojust and the Passenger Names Record (PNR) are essential for Denmark to combat international crime. Recent events such as the tragedy in Paris, and the lock-down in Brussels, and indeed the attacks in Copenhagen earlier this year, have highlighted the fact that crime frequently cannot be addressed at a purely national level. The “Yes” Campaign has also stressed that the twenty-two proposed legislative acts, on issues such as human trafficking, child pornography, cybercrime and terrorism, are of significant importance for Denmark’s national security.

The “No” side comprises the Danish People’s Party, the far-right party which made significant gains in the June 2015 election, the People’s Movement against the EU and some other smaller Danish political parties. These parties support cooperation with Europol, but believe that the referendum, and any subsequent opt-in, should be limited to this subject only.

The “No” parties would ideally like to attain a parallel agreement with the EU on Europol, similar to the one already in existence between the European Union and Norway. Their campaigns warn Danish citizens that the proposed ‘opt-in’ acts will lead to increased surveillance of ordinary people and will increase immigration to Denmark. The Danish Prime Minister, Lars Løkke Rasmussen, of the Liberal Party, has reassured citizens that the referendum on 3 December does not involve opting-in to legislative acts related to the EU’s asylum or migration policies.

If the outcome of the referendum is a positive vote to replace the existing opt-out with a flexible opt-in/opt-out, the Danish Parliament will, in future, be able to deliberate on a case by case basis, the legislative acts in the area of Freedom, Security and Justice, in which it wishes to participate. A “yes” vote would also give the Danish government the mandate to adopt twenty-two existing European legislative acts in the areas of police cooperation; criminal law, civil, family and commercial law; and cross-border trade. Denmark would also automatically accede to the new Europol regulation once it has been adopted, and would continue to participate in Eurojust and the PNR.

If the referendum results in a negative vote, Denmark’s FSJ opt-out will remain unchanged. This could ultimately mean that Denmark will be excluded from central parts of Europol’s cooperation, among other EU initiatives. While the “No” side insists that Denmark can find a way to stay in Europol1, the “Yes” campaign does not view a potential renegotiation with the same certainty. In the event of a “No” vote, the Danish government will have 18 months to strike a new deal with the European Union on Europol cooperation.

While the “Yes” parties were leading in the polls until approximately a week ago, the “No” campaign has gained momentum as polling day approaches. Most recent opinion polls indicate that the referendum, at present, is too close to call.

1 Through a bilateral agreement with the EU and Europol, similar to the situation with Norway.