This paper by Blair Horan examines the implementation of the Protocol, and the prospects for a successful outcome to the EU-UK negotiations 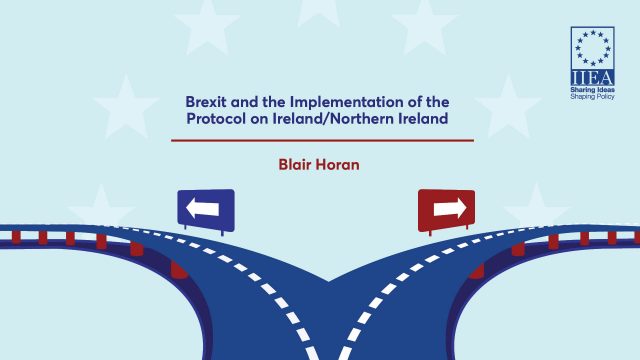 On 8 September 2020, in the House of Commons, the Secretary of State for Northern Ireland, Brandon Lewis, announced that the UK Government intended to disapply key provisions of the Withdrawal Agreement, breaking International law in the process.

It was evident from the 20 May 2020 UK Command Paper, and subsequent Ministerial statements, that the UK was intent on renegotiating the Protocol, but the decision to renege on the Withdrawal Agreements was a surprise. The EU reacted by setting a deadline of 30 September for the offending provisions in the Internal Market Bill to be withdrawn, and providing the UK with formal notice of same on 1 October, though it has nonetheless chosen to continue the negotiations. This paper examines the background to the implementation of the Protocol, and assesses the prospects for a successful outcome to the EU-UK negotiations by the 1 January 2021.

You can read the paper here.