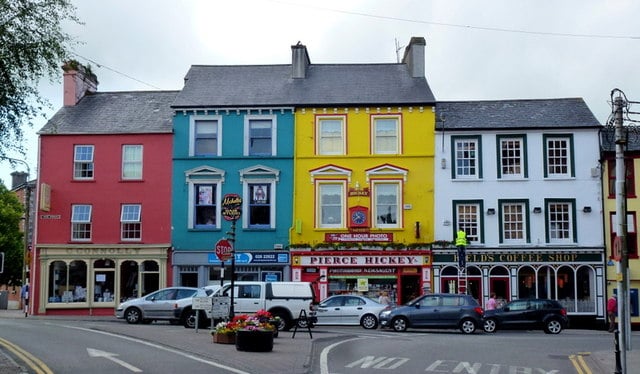 A disused Skibbereen bakery turned digital hub provided the centrepiece for National Digital Week 2016, and aims to demonstrate how digital can transform the local economy.

Originally opened as a cinema in 1941 before being converted into a bakery in 1985, the building remained vacant until 2015 when work began to convert it into a digital hub and co-working space. Backed by a board of eleven members operating on a pro bono basis and with connections to West Cork, support for Ludgate has come from an array of companies, including Vodafone, Google, Allied Irish Banks, the Electricity Supply Board (ESB) and Glen Dimplex, as well as Ireland’s Digital Champion and Skibbereen resident, Lord David Puttnam. It was opened to the public in July by Minister for Jobs, Enterprise and Innovation Mary Mitchell O’Connor TD, currently houses 30 people and aims to create 75 jobs in the initial startup phase.

The first National Digital Week took place in Skibbereen in 2015, with a view to examining how such improved rural connectivity and digital upskilling can create economic opportunity, as well as examining how some of the big challenges around digital disruption can be addressed. That theme continued in 2016, with panel discussions on a range of topics from the internet of things and cybersecurity to the sharing economy, the use of drones in farming and internet connectivity. This raises Ludgate and Skibbereen’s unique selling proposition; gigabit internet speed provided through Siro, a joint initiative between Vodafone and the ESB. The ultimate aim of Ludgate is to facilitate the creation of 500 jobs between now and 2021, and illustrate how gigabit internet speeds can catalyse the growth of the local digital economy. This, together with an offer of seed funding, has already convinced online education startup Digedu to relocate from Dublin to the more rural environs of Skibbereen.

Ludgate comes at a crucial time for the digital and the wider economy of a European Union (EU) member state such as Ireland. It is now almost two years since the announcement of the Digital Single Market (DSM) initiative by the European Commission, the plan to harmonise the EU’s 27 digital economies, estimated to be worth €415 billion and hundreds of thousands of new jobs. The goal of the DSM is to maximise the potential of the EU’s digital sector by focusing primarily on three policy areas: improved access to digital goods and services; the creation of high-speed and secure digital infrastructure, as well as a regulatory environment conducive to the flourishing of digital services; and the utilisation of digital as a driver for economic growth. This has required policymakers and stakeholders to engage across a range of interrelated areas and, on occasion, contentious issues, from e-commerce, geo-blocking and copyright, to data protection and cyber security standards, as well as the need for mass digital upskilling (the importance of which was noted by Roberto Viola, Director – General, DG CONNECT during a recent address at the IIEA) of the EU’s labour force.

So how much progress has been made so far? There have been a number of notable successes but overall the pace of development of the EU digital single market has slowed.

On cross border portability of content the Commission has proposed a Regulation that would allow consumers to access digital content across the EU, regardless of which member state it has been downloaded in. Guidelines for member states have also been issued with regard to the sharing economy that are, for the most part, supportive of the sector. And the Commission has made a determined effort to get to grips with the notoriously difficult field of copyright, proposing reforms that seeks to reconcile two competing imperatives – the need to secure the free flow of data with the need to secure the copyrights of rights holders. The Commission has also committed to fully ending roaming charges across the EU by 2017.

Despite these achievements it is clear that the rate of change in Europe’s digital transformation decreased during 2016. According to the Digital Economy and Society Index (DESI), an EU composite index of digital indicators, this reduction took place across four of the five indices it employs. Furthermore, what progress has been made has been highly uneven, with some countries such as Austria, Germany, Estonia and Portugal categorised as ‘Running ahead’, while others such as Ireland, Sweden and Denmark are categorised as ‘Lagging ahead’.

This uneven pace of development has prompted calls for individual countries with the capacity to ‘run ahead’ to be supported in doing so where possible. In July 2016 a Google commissioned report from Boston Consulting Group (BCG), Digitizing Ireland: How Ireland can drive and benefit from an accelerated digitized economy in Europe, made several recommendations in this regard. More recently the Irish government, together with the Netherlands, Sweden, Luxembourg, Estonia, Finland, the Czech Republic, Slovenia, Lithuania and the UK sent a letter to the Commission, expressing its disappointment with continuing “disproportionate and unjustified requirements” in the EU’s services sector, and calling on it to “turn the principle of free movement of services into a reality”.

With only 28% of EU homes in rural areas presently having access to high speed broadband, and only 36% of homes in rural areas having access to a 4G network, connectivity of the kind provided by Ludgate is clearly a rare exception in the EU. This was acknowledged in September by Jean Claude Juncker in his State of the Union address, when he spoke of the importance of this kind of internet connectivity to the “empowerment” of the EU’s “citizens and its economy”, and subsequently announced a plan to overhaul the EU’s telecoms rules. That plan has received a mixed reaction, with some describing it and the accompanying proposed copyright reform as an attempt to protect old business models from progress.

This is a somewhat simplistic assessment though. With various EU states at differing stages of digital development there is no singularly appropriate pace of digital transformation. The success of Estonia in digital is often cited as an example of what a country can achieve with sufficient effort and determination. Less publicised, however, is a large part of the reason behind that success; its capacity to ‘skip certain things’ due to its Soviet era legacy of an ailing infrastructure.

As the global political system gets to grips with a series of unexpected electoral outcomes, and as the role digital platforms may have played in the polarisation and disinformation that contributed to that outcome is analysed, what is required is a nuanced, measured evaluation of both the positive and negative effects of digitisation.