On Sunday, 21 January 2018, 362 of 642 delegates at an extraordinary party summit of the social democratic SPD party in Bonn voted in favour of commencing formal coalition negotiations with CDU and CSU. 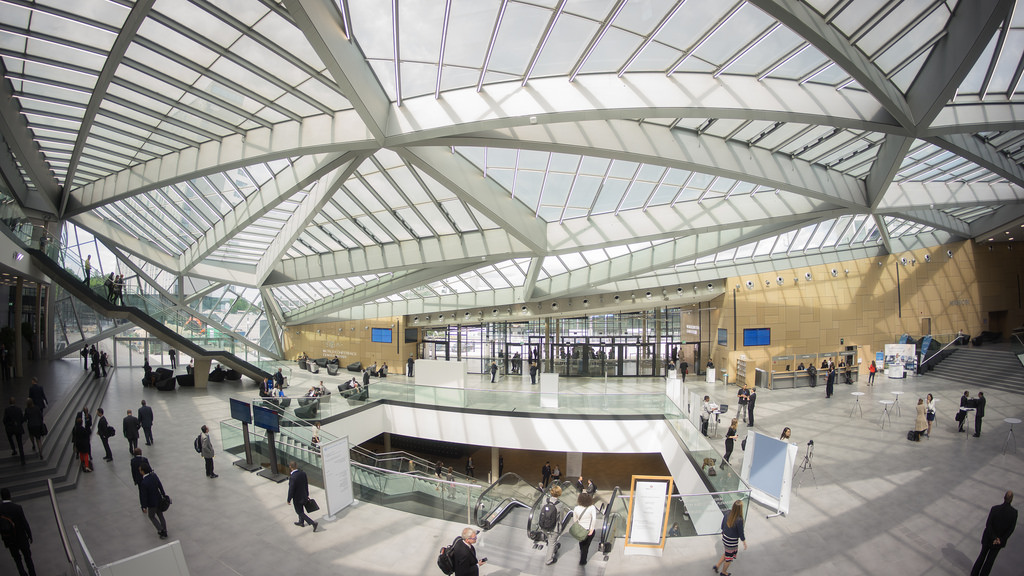 On Sunday, 21 January 2018, 362 of 642 delegates at an extraordinary party summit of the social democratic SPD party in Bonn voted in favour of commencing formal coalition negotiations with CDU and CSU, based on the conclusions of exploratory talks published earlier this month.

With this vote, the SPD leadership has cleared the first of two hurdles (excluding the upcoming negotiations themselves) on its way to a third Merkel-led Grand Coalition. At the end of formal negotiations, the coalition agreement will be subject to another vote, this time by the entire SPD membership of circa 443,000, before a government can be formed.

The Effect of the Bonn Conference on Coalition Negotiations

The relatively narrow victory of the supporters of a Grand Coalition increases the pressure on SPD negotiators to produce a coalition agreement that includes as much markedly social democratic policy as possible within the parameters of the exploratory talks blueprint. Negotiators from CDU and CSU, however, will also be well aware of this and will know that another failed attempt at forming a German government would be a disastrous blow to the credibility and legitimacy of the senior leadership of all three parties and to Federal Chancellor Angela Merkel herself. Tying their hands by making the success of coalition negotiations dependent on SPD grassroots that are growing visibly more dissatisfied with compromise may even prove to be somewhat of a boon to SPD negotiators going forward.

Martin Schulz Emerges Weakened from Infighting in his Party

The party conference also puts Mr Schulz in the ranks of an SPD party elite that is increasingly seen as out of touch with the membership, and especially with young people. This is a dramatic shift from the way that Mr Schulz was perceived almost exactly one year ago, when he became the SPD’s designated candidate for the Chancellery in the 2017 Federal Elections. Mr Schulz profited enormously from his image as an outsider and was portrayed as injecting new vigour into a party that was seen as having become increasingly indistinguishable from its conservative coalition partners.

His approachability and pragmatic attitude were among the reasons that Mr Schulz was celebrated among the Young Socialists in the SPD, the party’s youth organisation. In fact, his campaign presented Mr Schulz’s biography as a European success story: a high school drop-out who went on to become President of the European Parliament and a passionate defender of the European project. His election as party leader with a historic 100 percent of the vote at a party conference in Berlin on 19 March 2017 marked the pinnacle of his popularity within the SPD.

Now, twelve months later, delegates received Mr Schulz’s hour-long speech in favour of a Grand Coalition tepidly. Meanwhile, the leader of the Young Socialists in the SPD and vocal opponent of a Grand Coalition, Kevin Kühnert, spoke of a “crisis of trust” within the SPD, which had been deepened by the flip-flopping of the party since the Federal Elections. Mr Kühnert highlighted and lamented the increasing split between the grassroots and the established party elite. While Mr Schulz was re-elected as party leader on 7 December 2017 with 81.9 percent of the vote, down from his 100 percent victory in March, the debate since the publication of the conclusions of exploratory talks and the Bonn party conference seem to have established Mr Schulz firmly as part of that Berlin elite. This blow to his image will be difficult to repair before the party vote on the coalition agreement and beyond, should he go on to become Vice-Chancellor of the Federal Republic.

For both the CDU and the CSU, the decision to proceed with formal coalition negotiations was a matter for the party executives, who have already voted in favour of negotiations with the SPD. The CDU voted on 12 January 2018 and the CSU on 15 January 2018. Chancellor Merkel has stated that she expects formal coalition negotiations to be finished by mid-February. The subsequent process of letting the SPD membership decide on the final agreement is expected to last another four weeks. Observers throughout Europe will continue to monitor the proceedings closely. In particular, it remains to be seen what the SPD’s increased bargaining power will mean for the next German government’s European agenda.