Christine Lagarde’s commitment to improving communication with EU citizens as ECB President forms part of an emerging trend among the ECB Governing Council, and in the EU institutions more broadly. 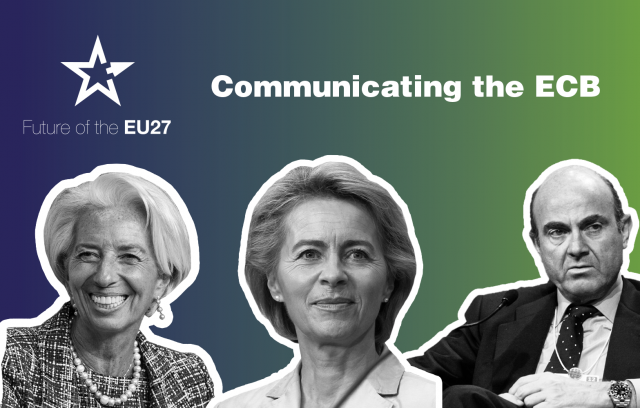 On 4 September 2019, Christine Lagarde made her first public appearance as President-elect of the European Central Bank (ECB) in a confirmatory hearing before the European Parliament’s Economic and Monetary Affairs Committee (ECON Committee). In her opening statement to the committee, Mme Lagarde said that her presidency would centre on three principles: (i) commitment to the ECB’s mandate; (ii) agility in responding to new challenges, and; (iii) inclusive leadership.

During her remarks, Mme Lagarde devoted particular attention to the third principle – inclusive leadership. For Mme Lagarde, inclusive leadership includes “speaking and listening to as wide a range of voices as possible”. She emphasised that dialogue with the public must be a “central part of [ECB] policymaking”. This commitment to improving communication with EU citizens forms part of an emerging trend among the ECB Governing Council, and in the EU institutions more broadly.

Changing how the ECB communicates

In her remarks, Mme Lagarde promised “better and different” communication in explaining ECB decisions to the public, arguing that helping “the people” to understand why decisions are made must be “the ultimate goal” of the ECB’s communications outreach. Mme Lagarde described the euro as a “public good that belongs to the people”. It is because of this shared ownership, she emphasised, that the ECB must be more effective in explaining its decisions “to people, not only the markets”.

In a notable shift from existing practice, Mme Lagarde promised to direct ECB staff to avoid “technocratic jargon”. This follows a similar approach taken by Mme Lagarde in her time as the Managing Director of the International Monetary Fund, where she instructed staff to refrain from using confusing acronyms where possible. In practical policy terms, Mme Lagarde suggested that improving how the ECB communicates policy with the public would help people to understand when there are “downside[s] first and benefits later on” to ECB policy decisions.

Mme Lagarde’s promise to improve how the ECB communicates with EU citizens mirrored comments made by Luis de Guindos, Vice-President of the ECB, at the Annual Congress of the European Economic Association on 27 August 2019. Like Mme Lagarde, Vice-President de Guindos underlined the value of effective communication in enhancing the public’s awareness of – and trust in – the actions of the ECB. In his remarks, Vice-President de Guindos addressed the impact of central bank communication on two groups of economic actors: (i) participants in financial markets, and; (ii) the general public.

As Vice-President de Guindos noted in his address, the role of ECB communication in shaping market outcomes is well understood. Just as markets respond to the ECB’s assessment of the euro area economic outlook, markets likewise send signals to the ECB, such as expectations about the future direction of short-term interest rates. Vice-President de Guindos said that these market signals constitute an important input to the ECB’s decision-making process, making central bank communication with financial markets a two-way street.

Turning his attention to the general public, Vice-President de Guindos noted that the effect of ECB communication on the behaviour of this group of economic actors is not as well understood. Nevertheless, he observed that relatively simple, targeted messages are particularly effective in shaping consumers’ expectations about inflation. This is important, Vice-President de Guindos noted, as consumers who trust what the ECB says are less likely to have inflation expectations beyond the ECB’s target of below, but close to, 2%.

In his remarks, Vice-President de Guindos stated that a better understanding of consumer expectations – combined with a concerted strategy of making ECB policy more accessible to the public – will help to enhance trust and accountability in the institution, and fulfil the ECB’s mandate of maintaining price stability. To achieve this, the ECB has begun:

The educational material that Vice-President de Guindos highlighted is targeted at young people in particular, and includes games, videos and explainers answering frequently asked questions about the ECB. In addition, its enhanced social media presence allows the ECB to engage with a broader audience, notably through regular Q&A sessions with policymakers on Twitter. For example, ECB Chief Economist, Philip Lane, responded to a range of questions from Twitter users just one month after assuming his new role, using the hashtag #AskECB.

What would you like to ask our new Chief Economist Philip R. Lane? Post your question using #AskECB and follow his answers live on Tuesday, 9 July. pic.twitter.com/zwlj42AVxN

Finally, the ECB has also endeavoured to streamline its policy publications and make them easier to understand, with a strong emphasis on visual presentation. For instance, the most recent Financial Stability Review is presented on the ECB’s website in a way that makes the content more interactive and accessible to the general public. The result, Vice-President de Guindos observed, has been a significant increase in its typical readership.

The ECB’s strategy of improving engagement with EU citizens is also being pursued by other EU institutions. Mme Lagarde’s counterpart in the European Commission, President-elect Ursula Von der Leyen, has made involving the public in the future direction of the EU a priority in her Political Guidelines for the Next European Commission 2019-2024. To achieve this, President-elect Von der Leyen has proposed organising a two-year Conference on the Future of Europe, beginning in 2020. She hopes that the Conference will “bring together citizens” to play “a leading and active part” in defining the EU’s ambitions over the next five years.

Just as Mme Lagarde promised in her appearance before the ECON Committee that her presidency would build “a bridge with the public”, President-elect Von der Leyen’s proposed conference represents a clear signal that citizens will be the heart of the EU’s policy setting-agenda over the next number of years.

Mme Lagarde also noted in her remarks to the ECON Committee that “cooperation will be required” in order to strengthen the ECB’s bond with the public and “extend trust in the wider [EU] project”. Given President-elect Von der Leyen’s plan for the other EU institutions to participate in the Conference on the Future of Europe “as equal partners” with citizens, the role that the ECB plays in proceedings could be significant.