This blog by Tony Brown examines the heightened importance given to the social dimension of the EU in the EU's Strategic Agenda for 2019-24, a move that has been welcomed by the Irish Government. It also explores the synergies between the EU's social policy agenda and the priorities of the Irish Government, as outlined in the Roadmap for Social Inclusion 2020-25. 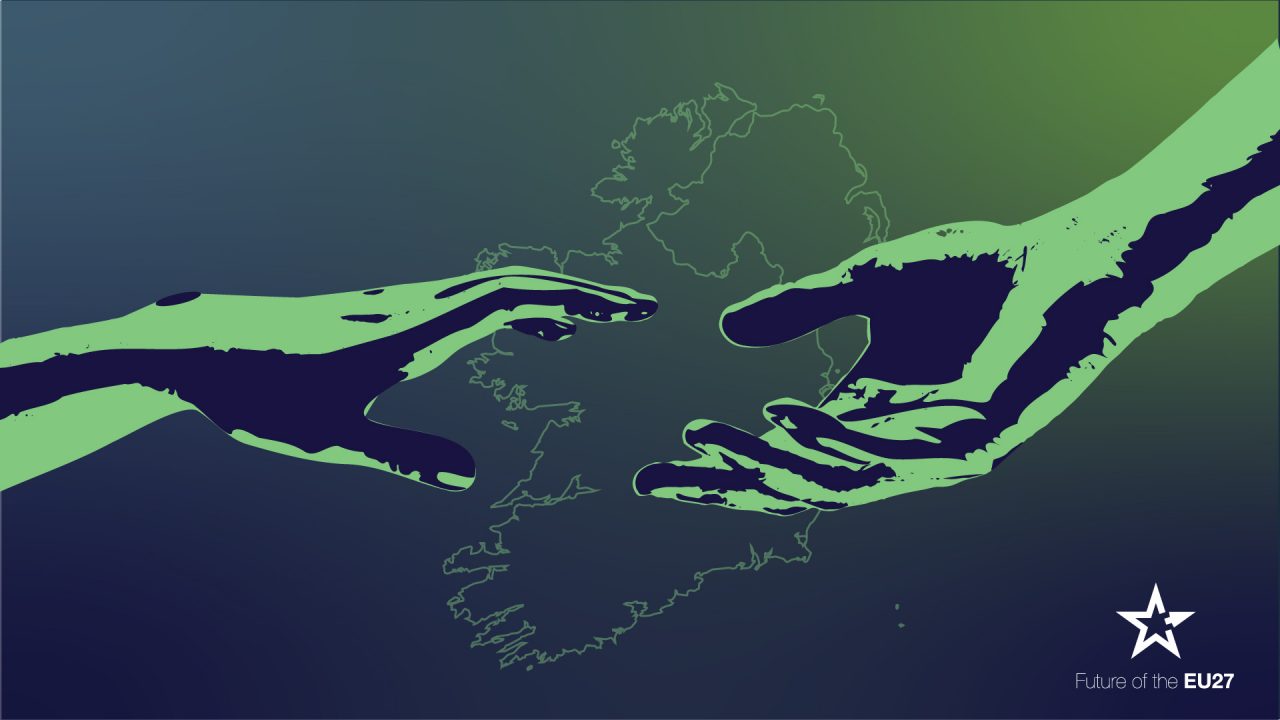 Last year, at a meeting on 20 June 2019, the European Council adopted a new Strategic Agenda for the Union for the period 2019-2024, which is intended to provide a framework for the EU to respond to current opportunities and challenges and to guide the work of the EU institutions in the next five years. It focuses on four main priorities:

With regard to social policy, the Strategic Agenda signals a heightened awareness of the needs of both citizens and business in the EU. It suggests that policies should leave economic and social actors the space to breathe, to create and to innovate, and stresses the importance of engaging with citizens, civil society and social partners, as well as with regional and local actors. Furthermore, the Commission President, Ursula von der Leyen, underlined that both the spirit and content of the Strategic Agenda highlight the need to reconcile the social and the market in today’s modern economy.

Ireland’s European policy has always recognised that a social dimension has been a key element of the European project, beginning with the commitment in the Treaty of Rome to “promote improved working conditions and an improved standard of living for workers.”

Following the European Council meetings on 20-21 June 2019 and the formal agreement on the EU Strategic Agenda for 2019-2024, Taoiseach Leo Varadkar added that he was pleased that it reflected Ireland’s social policy priorities, as outlined in its National Statement dated 18 April 2019.  This led to the subsequent publication of a national roadmap for social inclusion in Ireland.

On 14 January 2020, the Irish Government published the Roadmap for Social Inclusion 2020-2025: Ambition, Goals, Commitments. It defined a number of specific targets to be achieved and detailed a number of key commitments to deliver on the stated ambition and the targets. The 90 page document sets out its policy details in ten chapters covering key issues such as: Social Inclusion; Employment; Workers and Families; Older People; Families and Children; People with Disabilities; Communities; Core Essentials (Healthcare, Housing, Energy, Food); and Implementation and Governance. The Roadmap is envisaged as a living strategy rather than a static document. In other words, one which will develop and grow over time and which will adapt and take account of what works and what does not.

Defining Welfare and the Economy of Wellbeing

In a foreword, Taoiseach Leo Varadkar wrote that his ambition was to make Ireland one of the most socially inclusive countries in the EU over the coming five years, moving away from a focus solely on income. The extensive paper argues that welfare or well-being is not something that can be measured by a single income-related metric, although income poverty measured in relative terms can be a strong indicator of a person’s welfare. Instead the Roadmap outlines specific measures and goals, which can capture progress across many aspects of social inclusion from housing, to healthcare, childcare and social integration.

Education, health, housing, employment and social integration (i.e. a person’s sense of ‘connectedness’ with their community) are all factors that contribute to a person’s overall sense of well-being or welfare. These are also factors which can help to compensate for income deficiencies. Equally, high levels of income (low levels of income poverty) may not be associated with higher welfare if these are accompanied by poor quality or high cost services, low levels of social integration or a diminution in the sense or value of community.

Structure and Process of Implementing the Roadmap

The Roadmap presents seven high-level goals, 22 targets and 66 unique commitments. The focus of the Roadmap is on building social inclusion, using an expanded approach that moves beyond the traditional focus on income poverty. This strategy reaffirms the Government’s long-held commitment to reduce the national consistent poverty rate to 2% or less and to do so over the period up to 2025. It also incorporates a variety of pan-European targets covering housing, healthcare, childcare and social integration.

The value-added of the Roadmap lies in the provision of a broader framework for the activities of the various Government Departments and to set the medium-term direction on a whole-of-government basis, identifying the inter-linkages and dependencies across the various stakeholders

The seven High-Level Goals of the Irish Roadmap for Social Inclusion:

Looking back over the forty years since the Social Action Programme was adopted in December 1973, the conclusion must be that economic considerations have always predominated in the policy debates of the European Union, but that the aspiration for a genuine social dimension has never disappeared. Successive initiatives, often inspired by leaders such as Jacques Delors, have been launched and have produced positive policy advances. However, the history of those decades has been one of an inability to devise a common EU policy framework capable of delivering the vision enshrined in the Treaty statement of shared values.

The Irish Government Roadmap represents yet another stage in the long political debate on the social dimension of the European project. The new European Commission will deal with this challenge in the post-Brexit era, amid great global uncertainties including the current COVID-19 crisis, which will have serious implications for the economic and social fabric of Ireland. Issues of change in public services and inclusion are part of the debate in Ireland. The Commission’s recent Communication entitled A Strong Social Europe for Just Transitions, and the Irish Government’s Roadmap are important papers, which address these issues and must serve as key benchmarks and criteria for future political and civic society scrutiny.

Social Justice Ireland presciently commented that “leadership at EU level in relation to vulnerable groups will prove critical not just to the future economic and social outlook but also to the democratic future of Europe”.

This is part of the Future of the EU27 Project, which is supported by the Department of Foreign Affairs and Trade.