The COVID-19 outbreak has precipitated a global economic crisis, with the impact on Europe particularly acute. What does the the crisis mean for negotiations on the EU’s long-term budget? 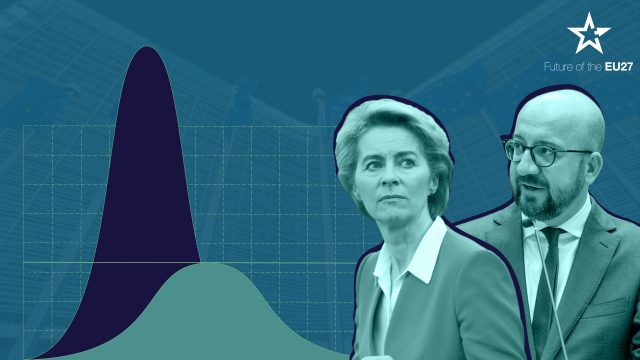 The COVID-19 outbreak has precipitated a global economic crisis on a potentially unprecedented scale. The near-term outlook for the European economy is particularly acute, with a deep recession now a “foregone conclusion” according to the IMF. When the crisis first struck, the EU institutions were seen as slow to react, in part because public health is predominately a Member State competence. In recent weeks, the EU has begun to move decisively with a series of coordinated measures. One issue which has yet to be resolved, however, is the fate of negotiations on the EU’s budget for the period 2021-2027, the multiannual financial framework (MFF).

Since the European Commission tabled its first MFF proposal in May 2018, a number of revisions have been proposed at the institutional and political level. Most recently, a compromise plan put forward by European Council President Charles Michel was debated at an emergency meeting of the European Council on 20-21 February 2020. EU leaders were unable to come to an agreement, however, as Member States diverged on issues such as the overall size of the budget and how to bridge the estimated €75 billion funding gap created by Brexit. A follow-up European Council summit which was expected to take place in March 2020 was delayed by the onset of the pandemic.

The current MFF will expire on 31 December 2020. If this date passes without agreement, the provisions of this year’s budget will be extended into 2021. In this scenario, the absence of legal bases for specific expenditure areas could jeopardise the continuation of certain programmes. Indeed, following the conclusion of February’s special European Council meeting, Commission President Ursula von der Leyen warned that “there would be no funds for Erasmus, for research, or border protection” from the beginning of 2021 unless agreement was promptly reached. With the context of the budget debate profoundly altered by the COVID-19 crisis, the imperative to adopt the MFF — or at least agree a contingency plan — has been made even more urgent.

The Commission has announced that it will propose changes to the MFF which directly address the fallout from the pandemic within weeks. Ms von der Leyen has said that she wants the revised budget to be at the heart of a “Marshall Plan for Europe”. Building consensus on a package that reflects this level of ambition will be a formidable task, however, as Member States are understood to disagree on which option to pursue. Within the Council, certain governments are believed to favour a swift agreement in order to leverage the budget’s firepower to tackle the pandemic. Other Member States are thought to prefer postponing negotiations so that attention can be concentrated on the immediate crisis response.

The budget has featured prominently in institutional proposals to provide financial assistance to Member States. Klaus Regling, Managing Director of the European Stability Mechanism, has proposed that the Commission issue debt in order to raise funds to support recovery efforts, using budgetary resources as leverage. A Commission proposal to create a new instrument to fund short-term employment schemes would be underpinned by €25 billion worth of guarantees committed by Member States to the budget. The budget would also act as a guarantee in the European Investment Bank’s plan to mobilise €40 billion to alleviate liquidity and working capital constraints for SMEs. Further detail on these proposals could emerge following a meeting of the Eurogroup on 7 April 2020.

The European Parliament will likely play a decisive role in guiding negotiations, having previously warned that it will not accept a “bad agreement” just because of time pressure. Indeed, the Commission has been given a strong mandate by the Parliament to present an updated package that accounts for the new demands facing crisis-stricken Member States. In a statement issued on 26 March 2020, the Parliament’s Committee on Budgets urged the Commission to revise its budget proposal as the situation today “has very little in common with almost two years ago”. MEPs also cautioned against reducing the overall size of the budget “as it would lead us to failure in case of any future crisis”.

The Parliament has called on the Commission to prepare a contingency plan which ensures funding continuity for all expenditure programmes in the event that the MFF is not adopted by the end of the year. The deadline for the Parliament’s request is 15 June 2020, unless political agreement is reached before then. A contingency plan which allows the institutions to adopt legislation to extend the time limits on the expiring programmes would not provide the same level of certainty as a seven-year roadmap. It might, however, find support among those Member States within the Council for whom adopting a long-term is not a priority at present.

Another proposal under consideration envisages the front-loading of MFF funding to the first years of the seven-year budget cycle. Valdis Dombrovskis, Commission Executive Vice-President for an Economy that Works for People, said that an “ambitious” agreement would be required to deliver this approach. Certainly, the crisis has demonstrated the importance of strengthening the flexibility instruments in the MFF, and the institutions have already exploited headroom in the current budget as part of their pandemic response. On 27 March 2020, the Parliament approved a Commission proposal to redirect €37 billion of unallocated funds towards vulnerable sectors of Member State economies like healthcare systems, SMEs and labour markets.

The Commission set a target of 25% for climate-related spending in its original MFF proposal and it appears that climate action will again feature prominently in the revised package. Diederik Samsom, Head of Cabinet for Frans Timmermans, Commission Executive Vice-President for the European Green Deal, said recently that the new MFF should support the EU’s post-crisis recovery by aligning its activities with the targets of the Green Deal. In practice, this could mean an enhanced role for the European Investment Bank, which was already supporting the Commission’s efforts to unlock €1 trillion worth of green investment over the next decade through the Sustainable Europe Investment Plan.

On 26 March 2020, EU leaders met via video conference to discuss the Union’s response to COVID-19. Though the joint statement issued after the meeting did not explicitly refer to the MFF, leaders did call on the institutions to prioritise the digital transformation and the green transition in their recovery plans. This mandate from the European Council presents the Commission with the opportunity to mainstream digitalisation and climate action across all relevant policy areas in the revised MFF. Adopting a budget centred on innovation and sustainable growth would help the EU to meet its ambitious 2030 climate and energy targets, without sacrificing the wider imperative to support workers and businesses affected by the crisis.

On 2 April 2020, the Parliament’s Budget Committee echoed the European Council by calling on the Commission to include substantial investment in new priorities such as the Green Deal in its revised proposal, as pre-existing challenges like climate change “might become even more critical due to the Corona crisis”. Recasting the MFF negotiations in the context of the EU’s new climate agenda, then, could secure the Parliament’s all-important backing. Extending the Green Deal’s animating principle of ‘no one left behind’ to the wider pandemic response would also serve as a powerful symbol of EU solidarity, at a time when the credibility of the European project is once again in question.

With core EU activities reduced and outstanding issues such as the outcome of Brexit negotiations unresolved, the possibility of further disruption delaying negotiations cannot be ruled out. In this evolving context, adopting a budget commensurate with the demands presented by COVID-19 will be a significant challenge for Mr Michel and Ms von der Leyen. Of course, the MFF alone cannot not mitigate the economic impact of COVID-19. But as part of a comprehensive suite of measures — spearheaded by the aggressive actions of the ECB — a crisis-fighting budget can help protect vulnerable citizens, and provide businesses and investors with certainty about EU spending in the crucial first years of the post-crisis period.

This is part of the Future of the EU27 Project, which is supported by the Department of Foreign Affairs and Trade.