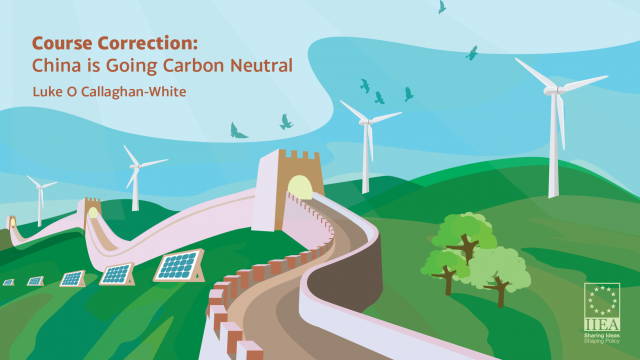 In a video-link address to the UN General Assembly in New York on 22 September, Chinese President, Xi Jinping announced that China will aim to hit peak greenhouse gas emissions before 2030 and seek to become carbon neutral by 2060. Given the negligible progress there has been in the international climate agenda outside of the EU recently, China’s ambitious pledge came as a genuine surprise.

Four factors seem to underlie the Chinese commitment to be carbon neutral by 2060: geostrategic considerations, energy security concerns, rapid levels of urbanisation in China, and the exponential growth of the Chinese middle-class.

There will be significant consequences to a carbon-neutral China. By reaching net-zero emissions by 2060, China will play a constructive role in the effort to limit global temperatures. It will also lead to economic growth. China’s net-zero commitment could also cause international energy markets to shift exponentially towards greener solutions. This would have serious implications for the competitiveness of many European firms in the hydrogen sector and may challenge the viability of the European Commission’s ‘Next Generation EU’ Recovery plan. By the mid-21st Century, the international economic and geopolitical landscape may be changed profoundly by China’s proposed climate and energy-system transformation.

You can read the paper here.