Business/News. 20082018. No Repro Fee. A discussion with Sean Spicer, Former White House Press Secretary hosted by The Institute of International and European Affairs (IIEA). Pictured is from left Dan O'Brien, IIEA Chief Economist in conversation with Sean Spicer, Former White House Press Secretary during at an event hosted by the IIEA , Ireland’s leading independent think tank and policy research institute. Mr Spicer discussed changes in US politics and, in particular, how conservatism and the Republican Party have evolved over the last number of decades. Drawing on his recent book, The Briefing: Politics, the Press, and the President, he considered the extent to which the Trump Administration’s approach to foreign policy has been characterised by both continuity and change. Photo Chris Bellew / Fennells.Photo Chris Bellew /Fennell Photography. 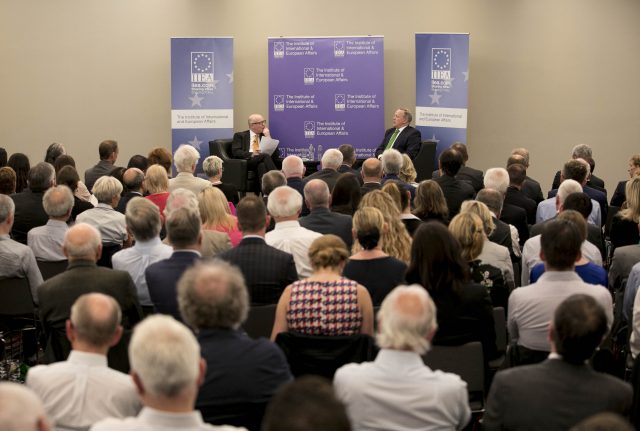 FUTURE OF THE EU27 INTERVIEW SERIES