This blog seeks to provide a brief background to the origins of the conflict in Tigray and the dire humanitarian situation which has emerged as a result and argues that the UN Security Council has a unique role to play in creating the conditions necessary for peace, with Ireland well placed to play a leadership role in this regard. 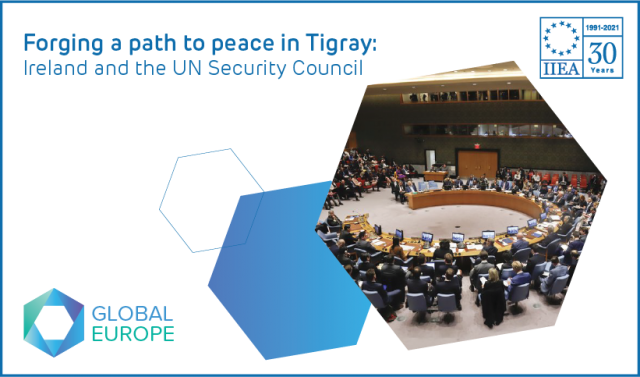 In November 2020, the Ethiopian government launched a military offensive against the Tigray People’s Liberation Front (TPLF) in response to attacks on federal military bases in Ethiopia’s northern Tigray region. The offensive triggered the outbreak of an armed conflict which has threatened to engulf the Horn of Africa region.

While the historic roots of the conflict are multifaceted, the sudden eruption of hostilities in November 2020 is directly linked to a long-standing crisis in Ethiopia’s federal system of governance, with the dispute over Tigray at its core. Animosity between Tigray and an increasingly belligerent government in neighbouring Eritrea, which shares a border with the region, has exacerbated an already tense situation. Against this background, the emergence of the Tigray region as the epicentre of a major political crisis, which has undermined regional stability, comes as no surprise. 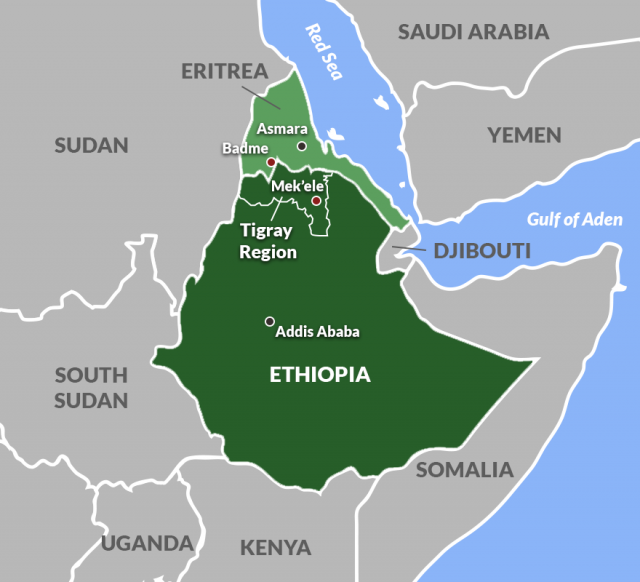 Nonetheless, as the conflict enters its seventh month, few could have predicted the scale of what has become one of the world’s gravest humanitarian crises. According to the UN, over 2000 people have been killed and a further 4.5 million people are in need of emergency food aid. Moreover, human rights organisations have pointed to evidence of war crimes and other atrocities, including sexual and gender-based violence against women and girls, perpetrated by all parties to the conflict in Tigray.

Given the ongoing humanitarian and human rights crises in Tigray, as well as the possibility of an outbreak of a fully-fledged regional crisis in the Horn of Africa, the UN Security Council has both a responsibility and moral obligation to act. At present, there is a virtual stalemate in the conflict between Ethiopian government forces and the Tigray Defence Forces, with neither side appearing willing to compromise.

The Security Council has a unique role to play in laying the groundwork for a future peace in the region despite the complex obstacles to peace in Tigray. Two immediate objectives which would contribute significantly to creating the conditions for peace are first, a cessation to hostilities, which would allow for the delivery of humanitarian aid, and second, the resumption of agricultural activity in order to avoid another conflict-driven famine in the region. The question remains whether Security Council members can put aside political differences to achieve these goals before the simmering conflict engulfs the entire Horn of Africa region. Despite initial resistance from Russia and China, the Security Council over time has become more willing to treat the conflict as a threat to international peace and security; having discussed the crisis in Tigray for the fifth time on 15 April 2021.

Ireland can play a leading role in ensuring that Tigray continues to be prioritised on the Security Council’s agenda. Indeed, in a statement drafted by Ireland on 22 April 2021, the 15 members of the Security Council expressed “deep concern about allegations of human rights violations and abuses, including reports of sexual violence against women and girls in the Tigray region, and called for investigations to find those responsible and bring them to justice”. Moreover, at a high level virtual summit hosted by the Georgetown Institute for Women, Peace and Security on 23 April 2021, H.E., Geraldine Byrne Nason, Irish Permanent Representative to the UN, stated that “Ireland firmly believes that the Council should speak publicly and with one voice on the situation in Ethiopia” and pressed for accountability for human rights abuses in the region.

While the influence of small member states like Ireland to impact the decisions of the Security Council should not be overestimated, they can nevertheless play a significant role in ensuring that major humanitarian crises remain on the Security Council’s agenda as the bigger powers lose interest.

Ireland is well placed to take a leadership role on this issue. Its long-standing commitment to ensuring humanitarian access for NGOs in conflict zones, expertise in conflict resolution and dedication to protecting human rights lends it legitimacy when it raises concerns on the situation in Tigray at the Security Council. Furthermore, Ireland’s largest bilateral development cooperation programme is in Ethiopia and the Irish government decided to provide funding of €2.4 million to humanitarian aid organisations in Tigray in December 2020. Ireland’s reputation as an honest broker at the UN also provides it with added diplomatic clout in a body where the competing strategic interests of the big powers tend to dominate.

Although expectations about Ireland’s ability as a small member state to influence the decisions of the Security Council should not be overstated, it has considerable tools in its diplomatic armoury which could serve to draw further attention to the situation in Tigray. First, as co-chair of the Informal Expert Group on Women, Peace and Security with Mexico, Ireland could call a meeting on sexual and gender-based violence against women and girls in Tigray. This could involve inviting civil society representatives based in Tigray to brief the Informal Expert Group on the impact of the conflict on women and girls. Such an action could improve the flow of information and analysis to the Security Council on the situation in Tigray, reinforce the need to uphold the principles enshrined in UNSCR 1325 and emphasise the need to implement measures to protect women and girls from gender-based violence. Second, Ireland could choose to prioritise the humanitarian situation in Ethiopia in September 2021, when it holds its first Security Council Presidency.

As a result, Ireland could help to generate the political momentum necessary to forge a pathway to peace in the region by holding a high-level ministerial debate on the humanitarian situation in Tigray as one of the signature events of its Presidency.

Achieving concrete progress towards peace in Tigray in the coming months will depend in large part on whether Ethiopian and Tigrayan authorities can reach a political settlement and establish a mechanism to address territorial claims to the region. However, such efforts will be in vain unless full humanitarian access to aid organisations and the delivery of aid to civilians is prioritised immediately. This is where the Security Council, with Ireland as a key player, can lead the charge to create the conditions for peace and prevent Tigray from spiralling into a major regional conflict.

Past EventsGlobal Europe Past Events UN
14th May 2021