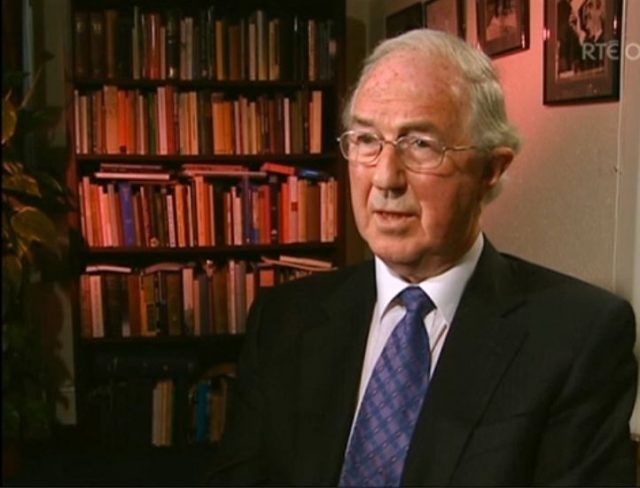 It is with great sadness that we announce the death this morning of Brendan Halligan, founding father of the IIEA, following a long illness which he fought with fortitude and dignity. Brendan made a formidable contribution to the public life of this country over 60 years. He also served with distinction as a member of the Oireachtas and as a member of the European Parliament.

He will be remembered above all for his passion and commitment to the European project in Ireland and for his tireless efforts to deepen Ireland’s engagement with the European Union.

He was founder, Chair, and leading light of the IIEA and I had the honour to succeed him as Chair in 2017. Gifted with a fine intellect and gregarious personality, he demonstrated an inexhaustible capacity for innovative thinking and leadership in his roles.

On behalf of the staff, board and his many colleagues at the Institute, I would like to extend sincere condolences to his wife Margie, to his family and his wide circle of friends at home and abroad.