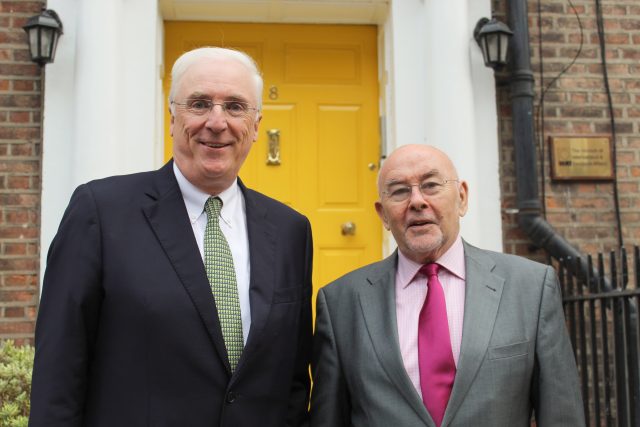 The Institute of International and European Affairs is delighted to announce Michael Collins as its new Director General effective Monday, 18 November 2019.

Michael’s appointment follows an open recruitment process which commenced in August 2019. Michael takes over from Donal de Buitléir who has been serving as Acting Director General since January 2019.

On his appointment, incoming IIEA Director General Michael Collins said: “I am delighted at this critical time to be taking up this position at the IIEA. The work of the Institute in providing thoughtful analysis and a forum for informed reflection on key European and international issues has never been more relevant. I look forward to leading the Institute and engaging with its membership and friends on its agenda of ever-increasing importance to Ireland and to the international community generally.”

IIEA Chairperson, Ruairi Quinn said: “We look forward to the wealth of knowledge and experience that Michael will bring to the role of Director General of the Institute. Over a distinguished diplomatic career, he served as ambassador to some of Ireland’s most important strategic partners, namely the United States and most recently, Germany. He also played an important role in the Good Friday Agreement working closely with then-Taoiseach, Bertie Ahern. His deep understanding of international and European affairs, at this crucial and uncertain time for decision-makers, will be of great benefit to the IIEA over the coming years.

Ruairi continued: “The IIEA board would like to thank Donal de Buitléir, who has stood in as our Acting Director General since January 2019. He has served with distinction during that period.”

Michael served at the highest level in the Irish diplomatic service during a 45-year career. He most recently served as Irish Ambassador to Germany from 2013 to 2019 and prior to this, he served as Ambassador to the United States from 2007 to 2013. In 2001 he was appointed Second Secretary General in the Department of An Taoiseach with responsibility for the Northern Ireland peace process, Anglo-Irish issues and EU and international issues. On retirement, he became the longest-serving diplomat in the history of the Irish foreign service.