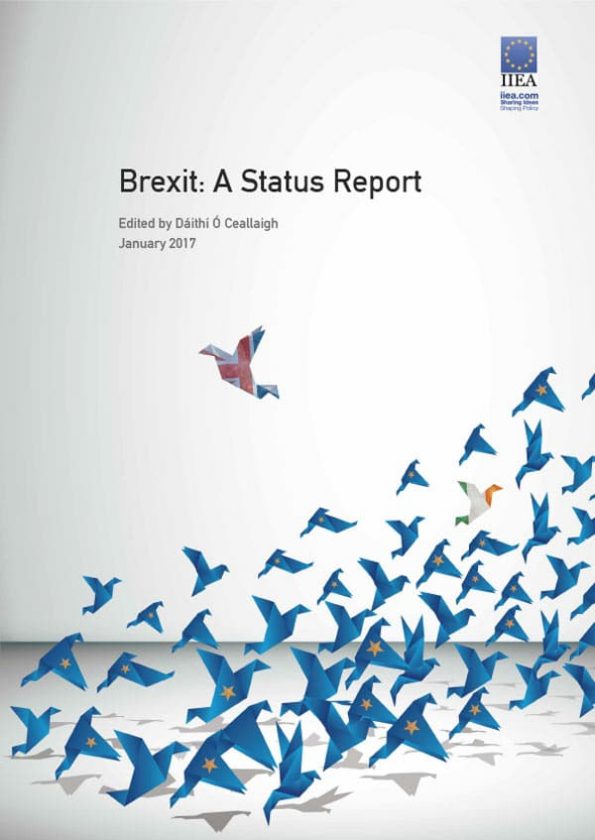 by Edited by Dáithí Ó’Ceallaigh

Six months after the UK’s vote to leave the European Union, the future shape of UK-EU relations remains largely unknown.

What is certain is that Brexit confronts Ireland with an agenda more complex than that faced by any other EU Member State, carrying with it serious political and economic ramifications.

This new IIEA publication, entitled Brexit: A Status Report, aims to provide a comprehensive update on what is known about the UK’s withdrawal, and highlight issues of concern for Ireland, the UK and the EU in the upcoming negotiations.

This publication was launched at the Gresham Hotel, Dublin, on Wednesday 18 January 2017, with speakers including Catherine Day, Adviser to the President of the European Commission; Brendan Halligan, Chairman of the IIEA; Tom Arnold, Director General of the IIEA, and John Palmer, Founder of the European Policy Centre. Audio and video of the launch can be found here.