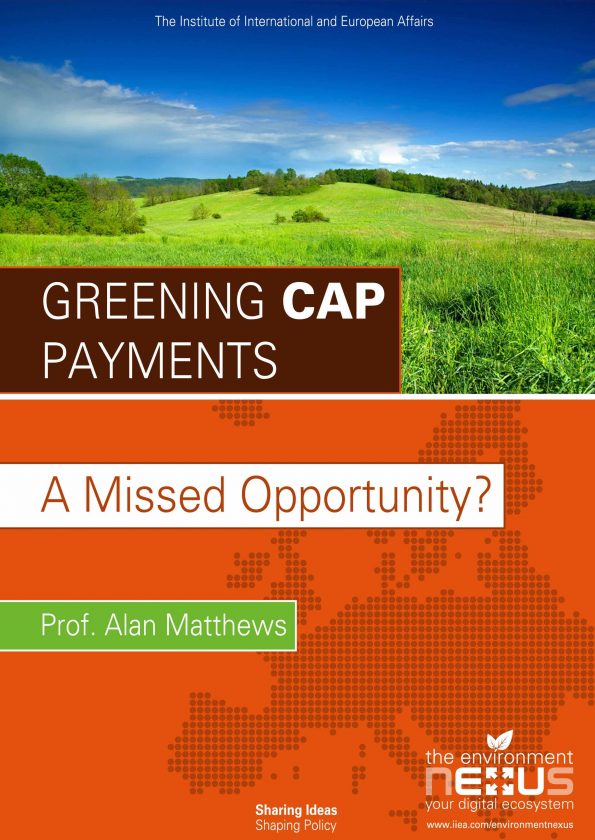 At an important point in the current reform of the Common Agricultural Policy (CAP), a new IIEA policy brief by Professor Alan Matthews, one of the EU’s foremost experts on the topic, considers proposals to green direct farm payments.

Professor Matthews argues that proposed greening of direct payments – the key innovation in the current round of CAP Reform – look likely to fail. While greening may survive as a concept, the likely outcome of the negotiations between Agriculture Ministers and the European Parliament will deliver little practical environmental benefit.

The paper examines the rationale underpinning greening, arguing that it exists to justify the continuation of a large agricultural budget, explores reasons for the apparent failure of the proposals, and reflects on the implications for future efforts to better integrate environmental objectives into EU agriculture policy.

This is the first in a series of Environment Nexus policy briefs by leading experts in the fields of agriculture, energy, climate change and water.