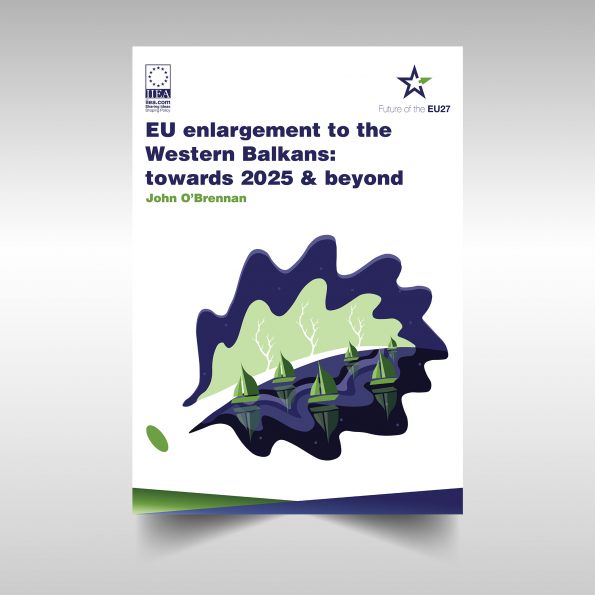 IIEA Publication: EU enlargement to the Western Balkans: towards 2025 & beyond

On Thursday 17 May, EU leaders and leaders from the 6 Western Balkans partners: Albania, Bosnia and Herzegovina, Serbia, Montenegro, the former Yugoslav Republic of Macedonia and Kosovo will meet in Sofia at a summit hosted by Boyko Borissov, Prime Minister of Bulgaria, which currently holds the Presidency of the Council. The theme of the summit is connectivity and it aims to inject new energy into EU/Balkans relations and to improve relations within the region.

Although the European Union’s enlargement policy is widely viewed as one of its most successful policy areas, the relationship between widening and deepening the EU has not always run smoothly. The expansion of the EU West (1970s), South (1980s), North (1990s) and East (2000s) consecutively over five decades while also pursuing ever closer integration has led to “enlargement fatigue” in the current member states and to enlargement being put on the back burner.

However, on 6 February 2018, the European Commission published a new strategy paper on EU enlargement that set out how the European Union might engage with and provide an enhanced accession perspective for the six states in the Western Balkans. This was followed on 17 April 2018 by individual country reports which have injected new momentum to the enlargement process and provides a roadmap for the six states to converge towards the European Union model of integration.

An IIEA paper by John O’Brennan entitled: EU enlargement to the Western Balkans: towards 2025 & beyond examines the background to the Commission’s decision and the main issues at stake for both Ireland and the EU. It provides an interesting and timely analysis of the potential for the six Balkan countries to achieve EU membership post-2025 and beyond and identifies hurdles to clear on in order to attain this goal and to preserve peace in the EU’s backyard. Both Bulgaria and Austria who hold the current and next Council Presidencies of the EU are championing the cause of Balkan enlargement, and the outcome of the summit in Sofia will indicate whether or not there is a credible perspective of EU accession for these countries in the future.

John O’Brennan is one of Ireland’s leading academics on European Integration and the EU institutions. He is Director of the Maynooth Centre for European and Eurasian Studies. He is also Vice President of the Irish Association for Contemporary European Studies. His research has primarily focused on the process and politics of the EU’s Enlargement policy.