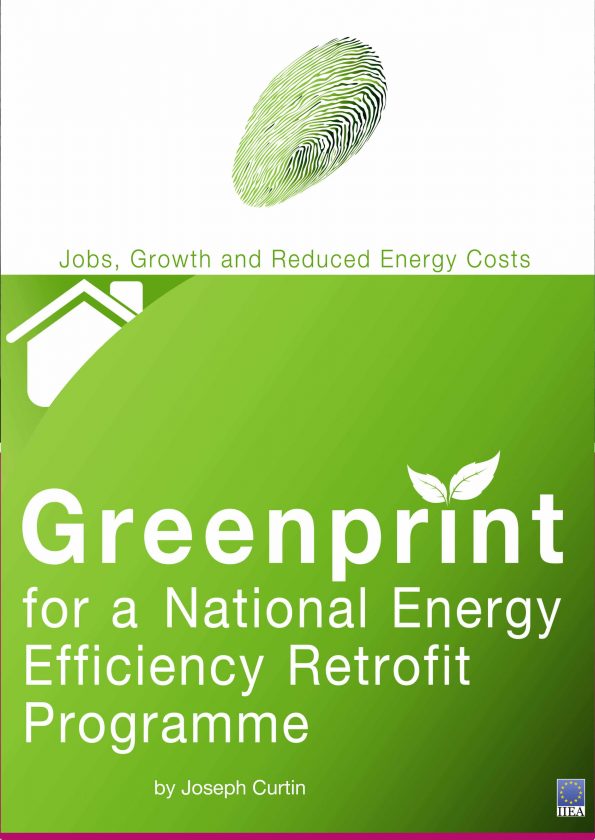 A scheme to upgrade the energy efficiency of more than a million Irish homes would create up to 32,000 building industry jobs and help drive economic recovery. This publication is available for download here.

Improvements ranging from insulating walls and attics, to installing more efficient boilers and lighting, would slash householders’ energy bills. Nationwide the housing stock would be upgraded to a benchmark C1 Building Energy Rating.

The work would provide a badly needed boost for the construction industry – and the wider economy – while helping Ireland prepare for the challenges of climate change and energy security.

No upfront costs and average savings of €1,100 a year on energy bills would act as a strong incentive for householders to participate in the scheme.

The improvements to approximately 1.2 million homes, mainly those built before 2002, would require investment estimated at €14.5 billion over a period of 12-15 years.

As a result an estimated €1.4 billion would be saved on the nation’s collective energy bill every year.

The proposals – including a range of options that would minimise the cost to the taxpayer – are contained in a report from Dublin think-tank the Institute of International and European Affairs. The report will be launched on Wednesday 21st October by Eamon Ryan TD, Minister for Communications, Energy and Natural Resources.

“Bold action today will save tens of thousands of construction workers from the dole queue and drastically reduce energy bills in more than a million homes,” said the report’s author Joseph Curtin, Senior Researcher at IIEA.

“Simultaneously it will help prepare Ireland for what will be two of the biggest challenges of the 21st Century, climate change and energy security.

“Throw into the equation that this can all be achieved at low or no cost to the exchequer and you have a compelling proposition.”

In the report – which will be distributed to the Taoiseach, Government ministers and every member of the Dáil, – IIEA outlines four options that could be used in a variety of combinations to secure finance for the rollout of the programme.

A Government-established ‘green’ bank or an issue of ‘green’ bonds could help power companies with capital if they met the upfront cost of improvements.

A new breed of ‘one stop shop’ Energy Services Companies would explain the efficiency options to householders and then carry out the work.

Government money would probably be needed to fund improvements in the social housing sector, but this would be recouped over time through reduced assistance with fuel bills.

The proposals would also markedly reduce ‘fuel poverty’, which affects approximately 150,000 Irish households. The World Health Organisation described its prevalence as “shocking” for a country at Ireland’s level of development.

In environmental terms, greenhouse gas emissions from the residential sector, which currently account for about a quarter of Ireland’s CO2 footprint, would be cut by 40% against 2005 levels.

This reduction would help meet targets for the wider domestic sector, which may be expected to cut emissions by up to 30% by 2020.  The domestic sector also includes agriculture and transport, where reductions are “very difficult”.

The research was funded by the European Climate Foundation.