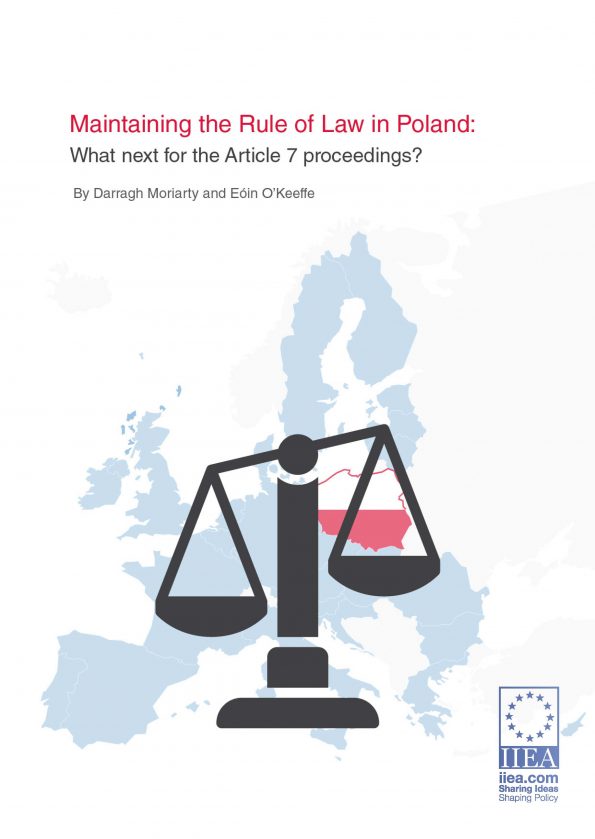 Maintaining the Rule of Law in Poland: What next for the Article 7 proceedings?

by Darragh Moriarty and Eóin O’Keeffe

This unprecedented proposal follows almost two years of dialogue and represents a significant escalation in the ongoing rule of law dispute. The European Commission has stated its “readiness” to reconsider its proposal should the Polish government act on the Rule of Law recommendations, but a three-month deadline has been set for Poland to take these into consideration.

Considering the EU is based on shared values and the rule of law, it is feared that this ongoing dispute could threaten to undermine the fabric of the EU itself.

This policy brief will examine the origin and evolution of this rule of law ‘crisis’, the next steps and the possible outcomes.