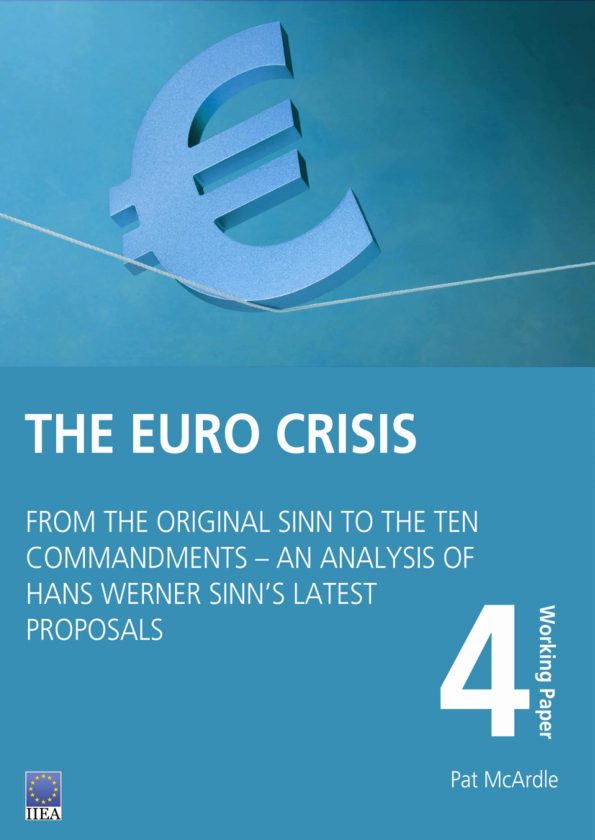 The Euro Crisis: From the Original Sinn to the Ten Commandments

When the history of the crisis is written, there will be a chapter, or perhaps a footnote, on the curious case of Hans-Werner Sinn and “The ECB’s Stealth Bailout”. Sinn is President of the IFO Institute, best known for its monthly survey of the German economy, and this was the title of a piece he wrote in June 2011 . It was very controversial and rejected or highly qualified by most commentators  but Sinn has doggedly persisted, going so far as to call a press conference in Frankfurt in the face of opposition from both the Bundesbank and the ECB which rejected his findings.

Thus begins the latest in the IIEA’s series of working papers on the euro crisis, which form part of its E View project. In this paper Pat McArdle evaluates Prof. Sinn’s arguments and those of his detractors and presents a variety of new and interesting data on the Target 2 system and on capital flows within the European Union.

Pat McArdle is the Co-Chairman of the IIEA’s Economists Group and is a former Chief Economist with Ulster Bank. He has previously worked as an Advisor to the Independent Review Panel on the Irish Department of Finance, as a columnist with the Irish Times on economic and financial matters, as the Irish representative on the Economic and Monetary Affairs Committee of the European Banking Federation (EBF), and as an Economist with the Department of Finance. He has also worked extensively with the European Commission and other European institutions throughout his career.

This paper forms part of a series of working papers on the euro crisis by leading Irish commentators.