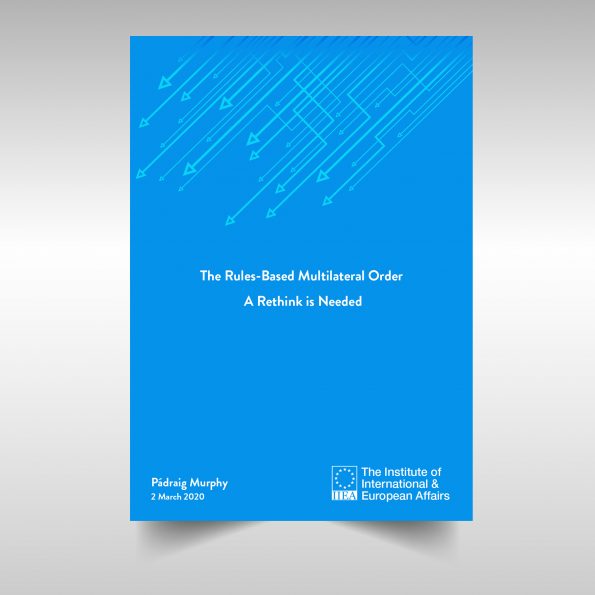 The Rules-Based Multilateral Order: A Rethink is Needed

The rules-based multilateral order with which we are familiar is essentially a Western one, which has been added to and amended since the end of World War II. The last 75 years, technological development, especially in transport and telecommunications, has made the world an ever more single space. As well, the dynamics of world organisation have changed with the emergence of more than one hundred new states, the inexorable rise of China and the increasing impact of civil society and of corporations on world affairs. New challenges, climatic, social and technological, have arisen. The established system needs to be rethought.

The author, Pádraig Murphy, is the Chair of the IIEA Foreign Policy Group and a member of the IIEA Germany Group. During a distinguished career in the Irish Department of Foreign Affairs and Trade, Pádraig Murphy served as Ambassador in Germany, the USSR, Japan and Spain among other countries, and also served as Political Director of the Department.