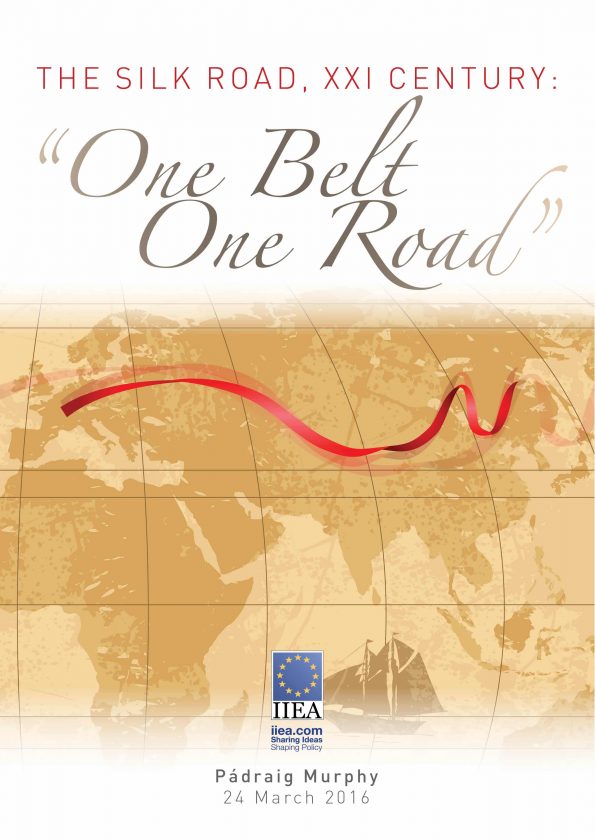 The Silk Road, XXI Century – One Belt, One Road

In late 2013, the Chinese leadership announced an initiative called One Belt One Road, consisting of a land element – development of infrastructure between central China and Western Europe, and a maritime element, starting from a port in South-Eastern China and ending in Venice.

There are many reasons for this breath-taking initiative: a change in orientation of the domestic economy, development of Western inland regions of China itself, security in Central Asia, accelerated access to markets and raw materials, and break-out from perceived US encirclement.

The initiative is accompanied by the establishment by China of the Asian Infrastructure and Investment Bank, and a $46 bn Silk Road Fund. Much more will be needed.

The project involves some 60 countries and spans the whole of the Eurasian land mass, and includes one of the most neuralgic straits in the world, the Straits of Malacca. The geopolitical implications are huge – the interests of the US, Russia and the EU are in play.

But there are potential benefits for everyone in freeing up an increasingly important channel for two-way trade and exchange.