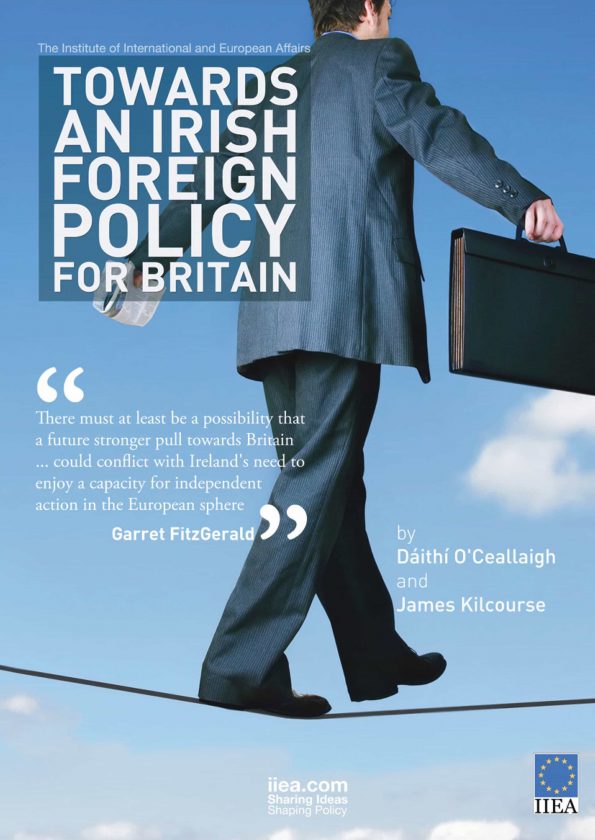 by Dáithí O'Ceallaigh and James Kilcourse

The success of Queen Elizabeth’s visit to Ireland in May 2011 underlines the huge improvement in the relationship between Ireland and the United Kingdom. This relationship changed as a result of the ties that developed between London and Dublin as they together sought to resolve the conflict in Northern Ireland. The improvement was also greatly facilitated by their common membership of the European Communities, and then the European Union, to which they acceded in 1973.

There is now a possibility, some would say a probability, that the UK will lessen its ties with the European Union, or may even withdraw from it altogether. The euro crisis has led to a deepening of the relationships between the members of the Eurozone, who are heading towards a banking union to be followed by elements of a financial and, perhaps, a political union. Simply put, it looks as if the UK will move further away from Brussels while Ireland will move closer.

The implications for Irish foreign policy of this divergence between London and Dublin are examined in this paper. First, the paper assesses the current state of bilateral relations between Britain and Ireland, as exemplified by the Taoiseach and Prime Minister’s Joint Statement at Downing Street on 12 March 2012. It then examines the UK’s position on Europe and how its place within the EU may change over the coming years. The intensity in the UK of the debate about its membership of the EU suggests that it will follow one of two paths: repatriating key competences from Brussels or withdrawing completely from the EU. The paper analyses what Ireland’s options might be in each of these cases in light of the Irish Government’s stated aim of remaining a full and active member of the EU.

This paper is the first in a series of working papers by the IIEA UK Group on the future of British-Irish relations in a changing EU.