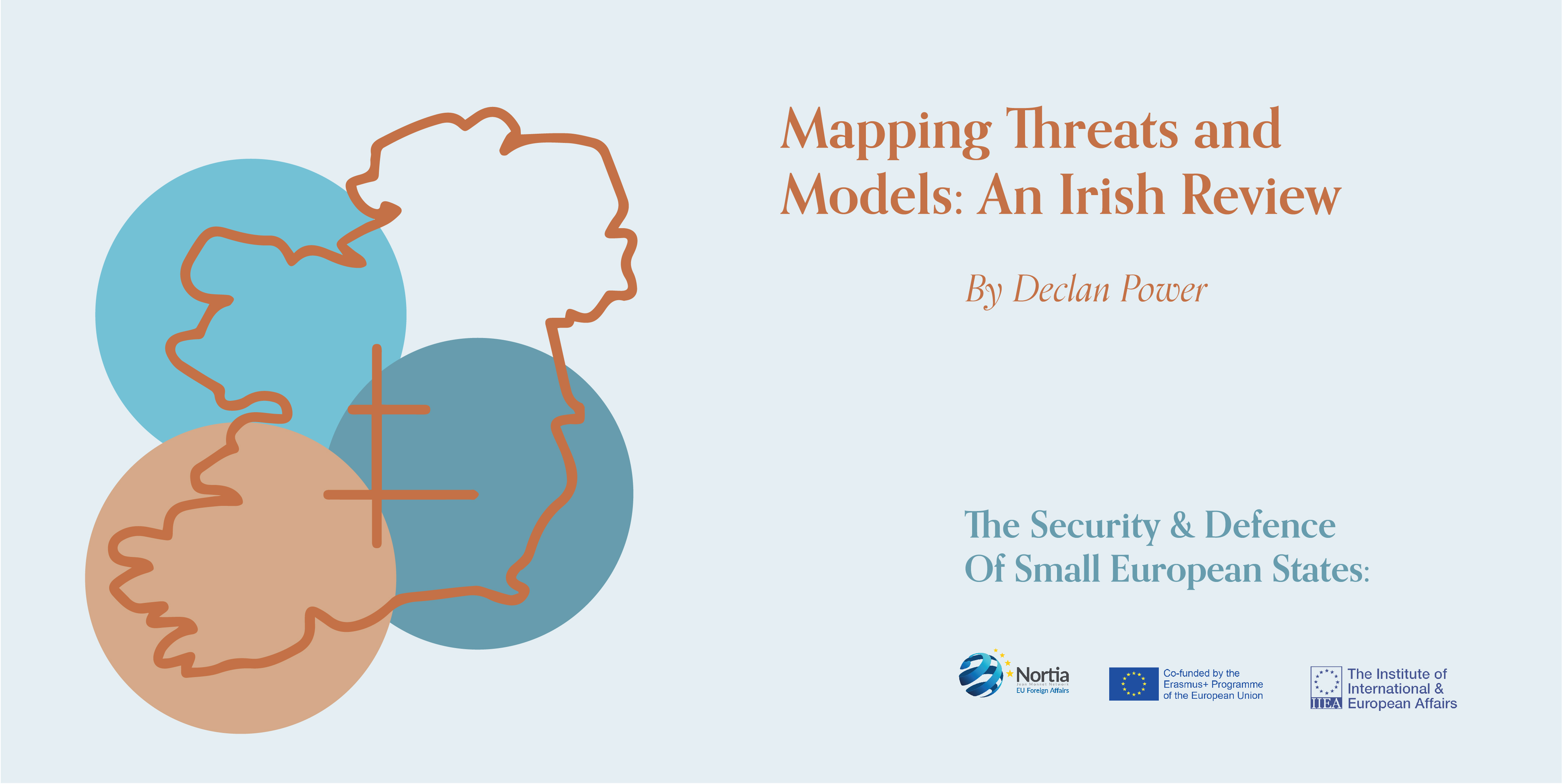 Disclaimer: The view expressed in this blog are those of the author, and not the IIEA

As the EU falters further into the labyrinth of defence and security cooperation we have seen a number of divergences between the needs of the smaller and larger Member States in both the EU and NATO. Briefly put, the heavy-weights focus more on the kinetic aspects of security and defence. They have the bigger budgets and the more appropriate structures and apparatus by which to do this. They are also, of course, quite justified in viewing defence matters from the more conventional perspective. We have seen Russia flex its military muscle over the last number of years, using air power and its Spetsnaz special forces to probe and undermine European defence capacity.

In the recent past, we have seen Estonia respond to a Russian-engineered cyber-attack, Sweden reoccupy Gotland Island again due to Russian military activity, the annexation of Crimea, the ongoing hybrid war against Ukraine, regular Russian Spetsnaz incursions into Norwegian and Finnish territory and, of course, the attempted Skripal assassination. That is not to mention the need for Europe to respond to the insidious threat of terrorism as manifested from within its own borders through the suborning of European citizens to engage in acts of aggression against fellow citizens.

The spectrum of threats and incidents listed above requires, however, a variety of solutions and responses stretching well beyond the large-scale ‘kinetic’ capacity prioritised by larger European states. These solutions stretch across the full spectrum of hard to soft power options.

Here in Ireland, due to our geography and active engagement with our neighbours, we have largely been spared the attentions of either Islamic terror or Russian aggression. However, we are not immune. In 2015 we saw our air sovereignty being torn asunder by Russian air force incursions of the most cavalier and cynical kind.  We have seen warnings about the industrial espionage activities of both Russia and China within our jurisdiction.  Of course, we have our own ever-present home-grown extremists, both north and south of our currently ‘soft’ border.

Therefore, while many of our EU partners face real and present physical force threats from either state or non-state actors, we in Ireland primarily face threats, other than domestic terrorism, that are not readily apparent to us. As they are not apparent to us in a physical way similar to a terror attack or a military incursion, our media and body politic have a consistent tendency to dismiss these emerging threats as not being real, akin to a child putting its fingers in its ears.

There have been several fallout factors from this comfortable ignorance. First is our continued woeful neglect of defence matters in this state, both physical as displayed by the ongoing matters regarding management of our Defence Forces. Second is the lack of capacity and linkage between our nascent cyber security apparatus and national security infrastructure.  Both of these lapses are areas that leave us open to exploitation and provide a good example of what the late German defence theorist Fritz Kramer coined as ‘Provocative Weakness’.

On a positive note, we are starting to see some improvements. The creation of a new National Security Analysis Centre and our engagement with the Permanent Structured Cooperation (PESCO) mechanism in the EU are steps in the right direction.

So how do we move forward from this and shore up security for small states in Europe, particularly Ireland?  The Swedes have a useful template on which we might build. During the Cold War they realised that a nation’s ignorance was as dangerous as not having proper military defences. They developed a program of ‘Psychological Defence’, this was designed and aimed at the civil population.  It started with galvanising a sentiment within the body politic and general population that focused on the need for pro-active and self-reliant defence activities and justified the need for universal military service in defence of the homeland. I’m not suggesting that we in Ireland need conscription. ‘However, if we value our sovereignty, rule-of-law, human rights and humanitarian issues in general, then we must be willing to protect these things – and to be seen to be protecting them’.

Too often we hear arguments in Ireland that we can – or indeed should – avoid engagement in defence and instead focus exclusively only on an agenda of ‘good works’ in the fields of development, human rights and arms control. However, these issues and defence are closely interwoven – and not distinct alternatives. This author has served on a number of international missions, both military and civilian, where defence and security, rule-of-law and human rights were intricately entwined. Just as there is no security without development, there can be no development without security.

For traditional military operations to have long-term results they themselves must also have legitimacy. Smaller states can take the lead in weaving together a values-led foreign policy approach with the military tools to give them effect. They can also pursue their own defence and security options that are seen to be sensible, workable and legitimate by their populations.

This can lay the future for a more effective security and defence architecture for our shared European homeland.