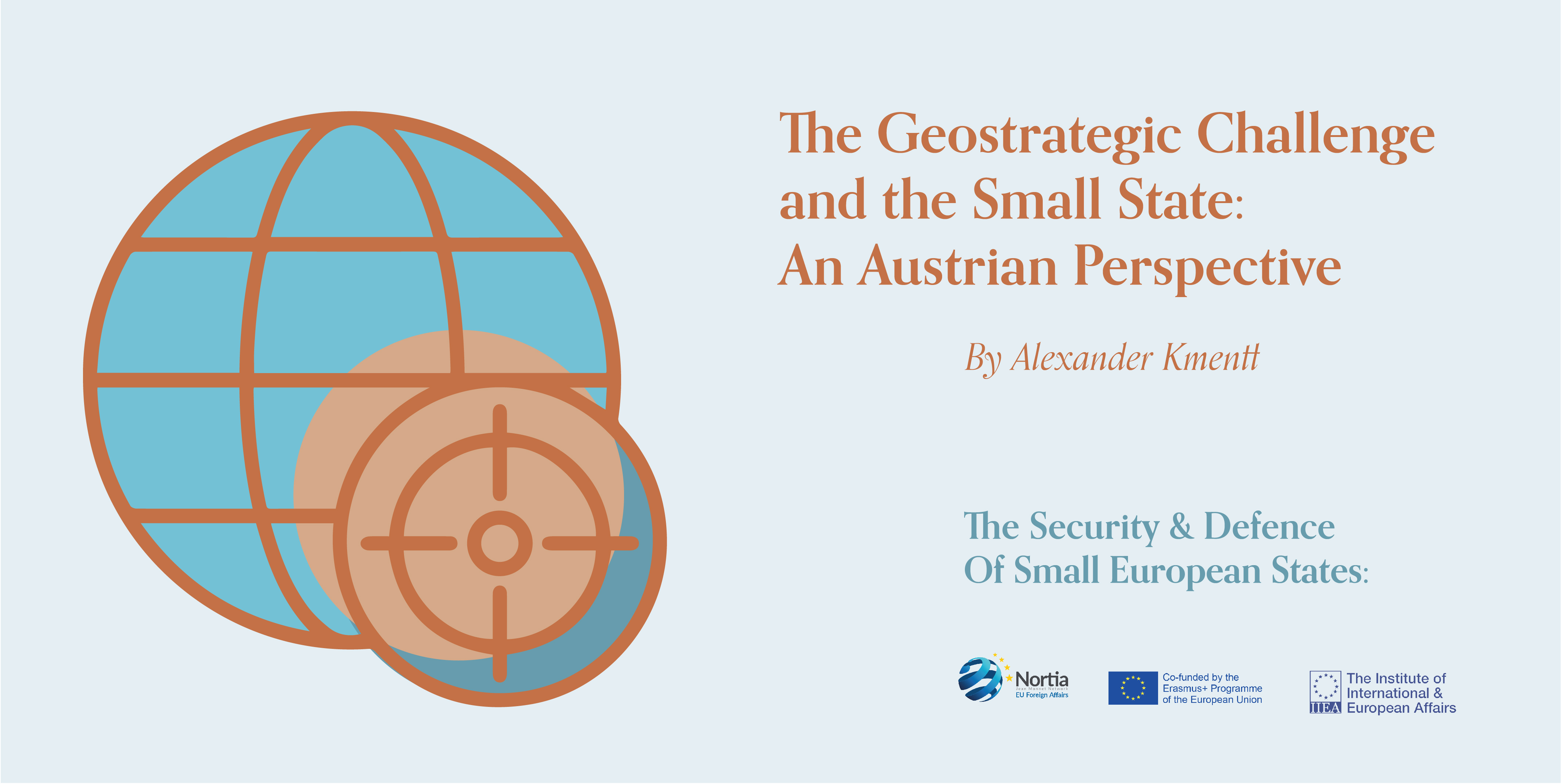 One of Politico Europe’s 2017 Brexit quotes was that “There are two kinds of European nations. There are small nations and there are countries that have not yet realised they are small nations.” This was said by the then Danish Finance Minister Kristian Jensen in a conference on the topic Road to Brexit. While the context today has changed, this is still a very good starting point to look at Threats to Small States in Europe.

Geostrategic developments in recent years have fundamentally changed the international order with direct relevance for the European integration project in general and for EU Member States individually. We can expect for the foreseeable future an international security environment characterised by a more confrontational multipolarity, rivalry and conflicts between global and regional powers and the even greater importance of ‘non-state’ actors. Global drivers with security implications include climate change, demographic developments, economic dynamics as well changes through new, disruptive technologies and the threat of disintegration of global institutions and the rules-based international system. Even more broadly is the threat to multilateralism itself as a principle of international cooperation. Security challenges, risks and threats for Europe are today more complex, more interconnected and less predictable than before. In our globalised age, regional events have swift global implications; more so than we could ever have imagined.

These challenges are faced by all EU Member States and no European state is capable of addressing them alone. Close cooperation and the integration of state efforts are therefore inevitable and necessary. Viewed against these global trends and challenges, all states in Europe are small.

Armed attacks on EU Member States in the “traditional sense”, involving massive military land, air and sea assets, are today considered relatively unlikely. Current threat perceptions and anticipated hostile actions are expected to occur primarily at a sub-conventional level, below the formal international law threshold of an “armed conflict” but at least as dangerous to our societies as traditional military attacks – if not even more so. Such hybrid opponents will have to be faced both domestically as well as abroad but, most importantly, through international cooperation.

While the geographic location of EU Member States will of course influence their respective threat perception – Ireland’s threat perception will inevitably differ from the one of Austria or from the Baltic States for example. A non-exhaustive list of threats and security risks facing Europe as a whole includes the following, in no particular order:

The challenges for Europe as a whole and EU Member States individually require a comprehensive and cross-cutting security policy approach, in which civil and military and external and internal security are closely integrated. This approach exceeds classical security providers such as military and internal security actors and includes actors and instruments in the diplomatic, economic, social, integration, development, environmental, financial, infrastructure, education, information, communication and health policy fields. While it is justified and correct that the EU is putting a lot of efforts into enhancing and integrating its military defence capabilities, the EU focus on a broad and comprehensive security policy approach should be retained.