At a summit on migration in Valetta, Malta, on 11-12 November, European and African Heads of State and Government and international organisations came together to discuss ways of strengthening cooperation between the European Union and Africa, in order to address the current challenges of migration. 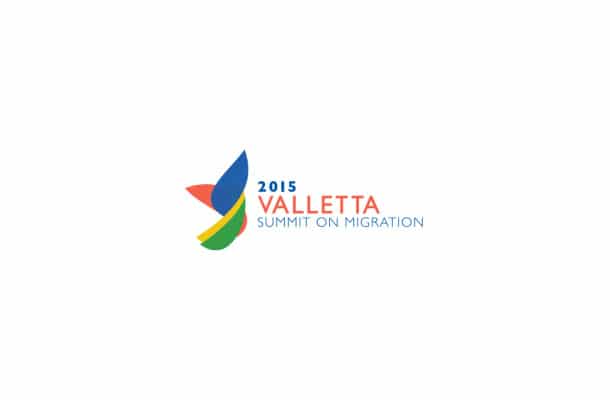 At a summit on migration in Valetta, Malta, on 11-12 November, European and African Heads of State and Government and international organisations came together to discuss ways of strengthening cooperation between the European Union and Africa, in order to address the current challenges of migration.

Following the summit, the European and African leaders signed a detailed political declaration and adopted a new Action Plan. The Action Plan is a comprehensive document, which addresses both the challenges and opportunities that the migration crisis has presented for EU-Africa cooperation. The five main elements of the Action Plan are: addressing the root causes of migration, the protection of migrants and asylum seekers, measures to counter human trafficking, improving measures for refoulement (return, readmission and reintegration) and measures to encourage legal migration.

The first goal of the Action Plan to address the root causes of irregular migration and forced displacement explores the reasons why migrants leave their countries, including conflict, political and economic instability, human rights violations and poverty. In this regard, the EU intends to continue to foster peace, stability and economic development in African countries to reduce the migratory flows.

The protection of migrants and asylum seekers is at the heart of the new EU-Africa Action Plan.  The EU will focus its efforts on saving lives and preventing casualties, particularly at the maritime migration routes between Africa and Europe. The EU has tripled its capacities for Frontex operations Triton and Poseidon for 2015 and 2016.

The European Union intends to crack down on migrant smuggling and trafficking in human beings to prevent illegal and dangerous irregular migration. It will cooperate with African partners to target the criminal networks, which exploit vulnerable migrants. The CSDP mission EU NAVFOR Med Operation Sophia, which focuses on migrant smuggling on sea and land, began its second operating phase on 7 October 2015.

Closer cooperation between the EU and African partners on return, readmission and reintegration of irregular migrants is regarded as essential to enhance the credibility of EU policies in the field of international protection and legal migration. In return for greater cooperation on this issue, the EU offers to open up more legal channels of migration.

Legal migration for African nationals to the European Union aims to improve the management of legal migration flows, to maximise the positive impact both in the development of African partner countries and in EU Member States.

The European Union leaders also agreed on the creation of an EU Emergency Trust Fund for Africa (€1.8billion) to address the root causes of irregular migration and displaced persons in Africa. The fund was formally launched at the end of the Valletta summit.

Pierre Vimont, European Council President Donald Tusk’s Special Envoy to the Valletta summit will address the IIEA on 19 November 2015 at 12.45p.m. Find out more about the event here.

[1] A full list of participants can be found on the European Council webpage http://www.consilium.europa.eu/en/meetings/international-summit/2015/11/11-12/