The broader regional and global security environment is in flux and the transatlantic framework for Baltic security is under immense pressure. 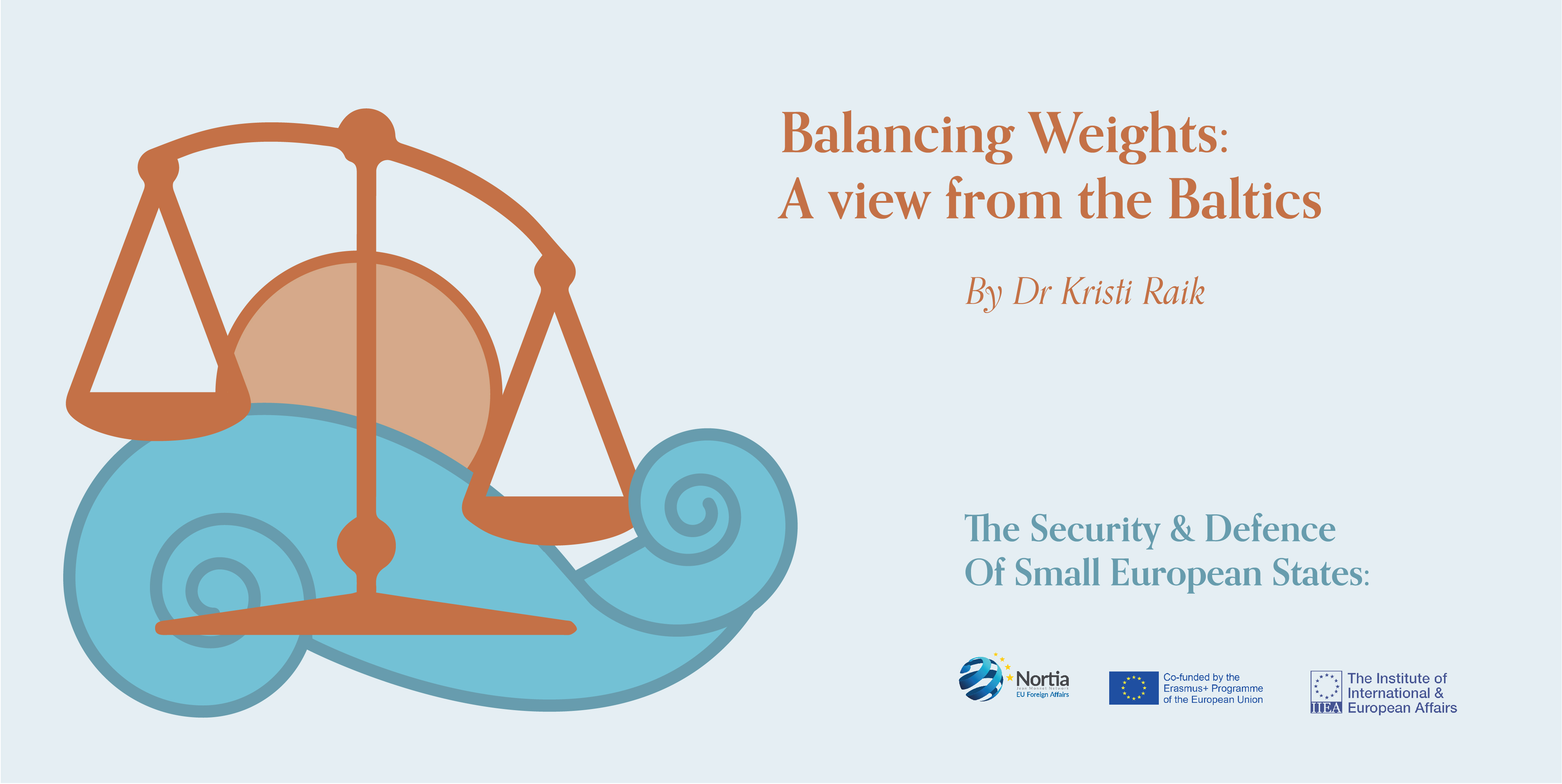 Disclaimer: The view expressed in this blog are those of the author, and not the IIEA

Defined by geography, the security concerns of the three Baltic states are always dominated by the big neighbor, Russia. In many ways, the Baltic states are now more secure than ever. They are firmly integrated into transatlantic structures and covered by NATO’s defence and deterrence which has been strengthened after Russia’s continuing aggression against Ukraine. However, the broader regional and global security environment is in flux and the transatlantic framework for Baltic security is under immense pressure.

By far the most crucial question for the Baltic states arising from the US commitment to European security. In recent years, the US has in fact significantly increased its spending on European security under the European Deterrence Initiative, which provides for more US troops in Europe, particularly Poland, enhanced pre-positioning of equipment, more exercises and training, and improved infrastructure. In addition, NATO has launched the multinational combat-ready enhanced Forward Presence battlegroups in Estonia, Latvia, Lithuania and Poland, led by the United Kingdom, Canada, Germany and the US respectively. This has strengthened the deterrence effect of NATO, thus increasing stability and predictability in the Baltic Sea region.

However, President Donald Trump’s eagerness to reduce US commitments to international security, his disregard of allies, his evident dislike of NATO and his even greater antipathy towards EU cast a dark shadow of uncertainty over the Baltic states, among others. Irrespective of the ‘Trump factor’, American foreign policy is increasingly focused on constraining China as its primary systemic adversary. The EU and the US have thus far failed to pursue a common approach to China, although their assessments regarding the risks related to China’s rise have moved somewhat closer to each other. With the US increasingly preoccupied with China and Asia more broadly, Europe faces a new geopolitical environment where it is much more on its own and is threatened with becoming squeezed between these competing powers.

Hence the EU, as well as its Member States, are trying to respond to the pressing need for Europeans to enhance their capability to contribute to their own security. This involves a number of difficult questions for the Baltic states. Above all, they are facing a somewhat schizophrenic task to further strengthen – or at least maintain continuity in – US engagement in Europe, while at the same time proactively trying to shape efforts to prepare for US disengagement from Europe. From the Baltic states’ point of view, there is no credible alternative to US defence guarantees; Europe remains militarily too weak in the foreseeable future.  For the Baltic states, it is crucial that EU defence cooperation is developed in a manner that strengthens NATO – an oft-repeated mantra, but not so straightforward to follow in practice.

Another, related question is, what are the priorities of EU defence cooperation and how does the EU contribute to addressing the main security concerns of the Baltic states? The truth is, not so much. The EU simply does not provide for the territorial defence of its Member States. That remains the core task of NATO. The EU has, however, started to contribute to Member States’ defence capabilities in new and sometimes imaginative and useful ways, notably through the Permanent Structured Cooperation (PESCO). The most important PESCO project for the Baltic states is military mobility, pursued in cooperation with NATO. The Baltic states have also actively contributed to the EU’s new activities aimed at strengthening resilience and countering so-called hybrid threats.

Finally, coming back to the core issue for Baltic security, it was never an easy task for the Baltic states to promote a firm and united Western approach to Russia, and it has recently become a more uphill struggle again. In 2014, Western policies towards Russia experienced a turning point, as the West collectively undertook serious efforts to impose limits on Russia’s aggressive behaviour in Ukraine, notably through sanctions, and to strengthen its defence and deterrence. More recently, President Trump’s evident reluctance to stand up to Vladimir Putin and renewed debate in Europe about re-engaging Russia have cast a doubt over Western resolve to defend the European security order, including respect for the sovereignty and territorial integrity of all countries, against Russia’s pursuit of its great power ambitions. Thus, for these three small European states security and defence are of ongoing and immediate concern.

This blog draws on a longer article “The Baltic states and security in the Baltic Sea region: Dark clouds in blue sky”, published in the BSR Policy Briefing series of Centrum Balticum, available at http://www.centrumbalticum.org/uutishuone/tietopankki/tietopankki/bsr_policy_briefing_9_2019.5975.news